Is Clear Window Tint Worth It? Guide to Ceramic Tint Products

Thanks to today’s modern technology, drivers have been offered a wider assortment of tinting films for protecting their car windows. From window films that have common features such as UV blocking and reduced heat, car owners now have clear window film!

Although ceramic films are relatively new to the market, it has managed to gain a following for themselves! A lot of car owners swear by its UV protection and recommend it highly despite its relatively expensive price tag.

Ultimately, while clear window tint obviously features great defense against the heat and UV rays. A large number of drivers are still wondering if it’s really worth its hefty price tag. With this in mind, SmartFilm has created this quick guide to ceramic window tinting!

What is Ceramic Window Tint 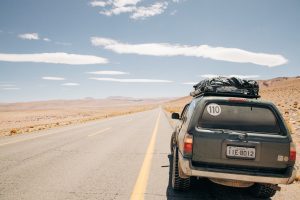 Ceramic window tint or clear films feature nano-ceramic particles that are best known for being non-conductive to heat and non-metallic. Its non-metallic properties also allowed cell and radio signals to flow in and out of the vehicle despite the window film on the windshield.

Recent studies have revealed that the film outperforms all of the market’s available film when it comes to rejecting damaging UV rays, infrared light rejection, sun glare reduction, and visibility. Additionally, the same studies have discovered that it has the ability to further improve the stability of side windows!

Clear tinting, just like any other window film, have both pros and cons. To help car owners get a better understanding as to why some people still prefer ceramic window tint, here are some of its advantages!

Ceramic window film has a longer shelf-life compared to other types of films. While tints are not really meant to last forever, the color of a ceramic window film doesn’t fade over time like dyed window tints.

Due to the kind of material that ceramic window tint uses called nano-ceramic technology, it’s a more durable window tint if compared to regular window tint. This means that besides the common feature of heat rejection protection against UV light rays, ceramic window film offers its users added durability, making it worthy of the higher pricing than other standard tints.

Car owners that make use of ceramic window tint no longer have to worry about scratches because the tint itself was developed to be scratch-resistant. Ceramic tints ensure that you save money investing in their tint by protecting your car!

Unbeknownst to many, infrared light is the type of electromagnetic radiation that causes the feeling of heat. And as we’ve mentioned earlier, clear films feature great infrared light blocking abilities that help keep a vehicle’s interior cool.

It can block up to 90% of the rays that cars often get every single day! Due to the exceptional heat in Arizona, drivers are constantly looking for window tinting that can aid them in keeping their vehicles cool. While it’s true that a regular window tint like. metalized window tint can help lessen the heat caused by infrared light, it also blocks signals coming out of the car.

This means that when people use a metallic window film, their connection to the rest of the world is cut off. Using electronic devices like phones and other gadgets may be difficult when you use metalized window film. That’s why most drivers use a ceramic window tint instead! 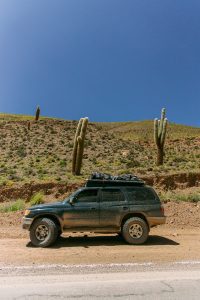 The film’s ability to reject 99% of the harmful UV rays that can cause skin cancer is one of the most common reasons why people prefer clear films over other films.

According to the American Academy of Dermatology, skin cancer is the most common cancer in the country. And because of this, experts highly suggest drivers tint their vehicles to lessen the possibility of contracting the disease especially for those in areas that suffer most from sun glare like Arizona.

A ceramic window tint will ensure that you and your family stay safe during your long drives around Mesa. And while it’s true that a regular window tint offers the same kind of protection against sun damage, a ceramic tint will add an extra layer of defense for your family!

Now, you can rest easy while driving knowing that your window tinting is keeping you safe in more ways than one.

While the metalized film is one of the more cost-effective films that offers great benefits, a lot of drivers don’t really use it because of its metallic particles. Those particles can block or disrupt the radio and electronic waves that help GPS systems, cell phones, and radios function properly.

With this in mind, most car owners end up getting ceramic films as it allows them to use their devices seamlessly while letting them enjoy the other benefits of clear window tint!

The film’s ability to keep families safe during accidents is another great advantage car owners love. Its improved shatter resistance ensures that no glass shards can hurt anyone during accidents or in the event of a damaged window. It will hold the pieces together and keep them in place! Due to the rising demand for cheaper alternatives to professional tinting, DIY tint kits rose to fame. And while it does lessen upfront costs, improper installation can lead to several other problems that can result in higher spending.

All of the money you’ve spent on the material of your ceramic tint will be for nothing if the window film itself was not installed properly. Most tinted windows lose their long life when people mishandle them, so just imagine the kind of impact improper installation would have on more expensive window films.

You could lose all the investment you’ve put on your ceramic window films if they weren’t installed properly.

If you want to install ceramic films on your vehicle but want to ensure you’re getting the most out of your investment, you might want to check professional tinting out! Great tinting shops like SmartFilm not only offer experienced installation teams, they also offer cost-efficient services.