A Comprehensive Guide to Laminated Windows for Homes

Home SmartFilm A Comprehensive Guide to Laminated Windows for Homes 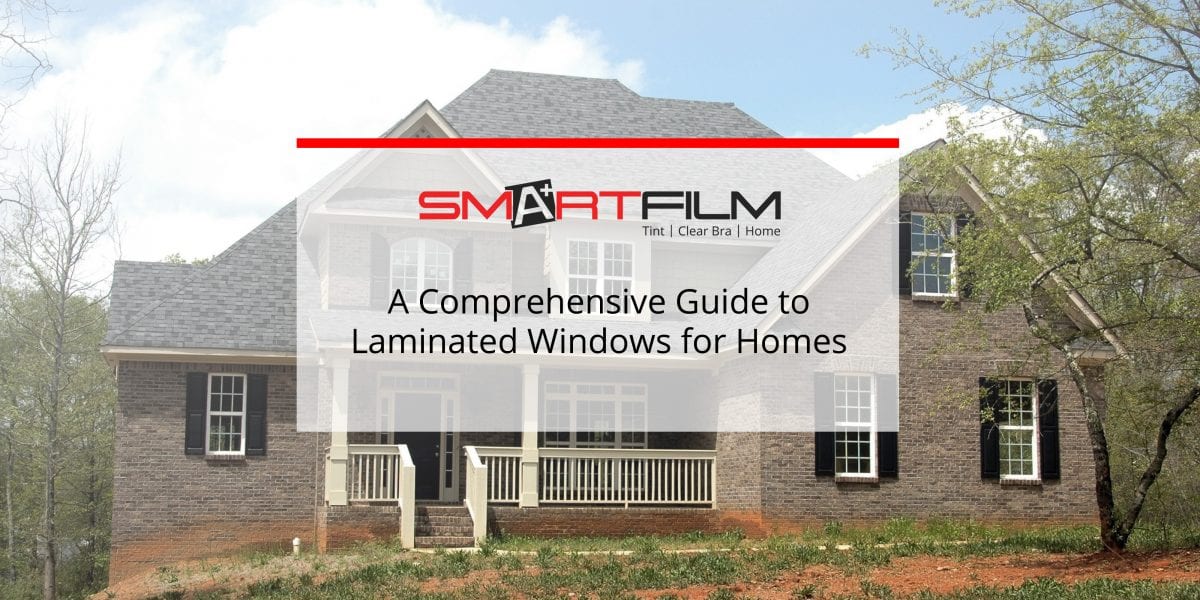 A Comprehensive Guide to Laminated Windows for Homes

2019 was a pretty good year for Arizona residents. During that year, they saw the rate of violent crime decrease. In comparison to the national average of 3.47, the region had a 2.97 rate of incidents per a thousand people. Furthermore, robberies decreased by an average of 12% alongside burglary rates that decreased by 16%. A big reason for this could be because of the use of laminated windows.

Upon taking a look at the ranking of the National Council for Home Safety and Security or NCHSS, Arizona is considered as one of the safer parts of the country. Undeniably, this puts its residents at ease but despite these stellar numbers, law enforcers recommend that they keep their guards up.

They still encourage strengthening the safety and security of their homes by ensuring their windows and doors are burglar proof. And one of the greatest ways homeowners can do this is by installing laminated glass!

What Are Laminated Windows and How They Work

Laminated glass windows or laminated glass is a type of safety glazing done by uniting two pieces of glass with a sturdy interlayer and using heat alongside pressure to create an inseparable bond.

This process is often used to strengthen glass windows and ensure that they won’t break easily out of its frame during incidents of forced entry. For instance, if your patio door’s glass breaks accidentally, the glass stays and your family stays safe from shards of broken glass.

Initially, they were created and patented to use in cars but nowadays, they are used in boths residential and commercial windows — especially for skyscrapers or tall buildings! Glass lamination for residential homes often come in three options; standard, tempered and laminated.

Standard glass is often known as ‘annealed’ glass and is the most common type of glass found in residential windows. In comparison to its successors, tempered and laminated, it breaks easily.

On the other hand, tempered glass strengthens the window by going through a process of heating and cooling. Sure enough, it reinforces windows, but they can still shatter under great impact. And while laminated glass can still break, sharp shards of glass will stay within the frame — protecting you and your family.

Each option has their own price ranges with standard glasses being the most affordable option. While it may seem like it saves homeowners a lot of money, it poses the question of whether it’s the appropriate option in the long run.

With that in mind, let’s break down the pros and cons of laminated security glass!

If homeowners are thinking of burglary-proofing their homes, experts suggest that laminated glass windows are the best way to go! And here’s why:

When it comes to protecting families against accidental injuries, attempted break-ins and even severe weather conditions, laminated glass thrives. This is because the interlayer that bonds two layers of glass called polyvinyl butyral or PVB is strong enough to absorb the force of any impact.

And should the glass break, the shards of broken glass remain stuck to the interlayer, meaning thieves will have a harder time getting into your home!

Just like tinted glass, laminated windows can provide great protection against harmful UV rays that can ruin delicate plants, carpets and furniture. Because of its durable and versatile glazing material it makes a pretty great shield against the sun!

Another great benefit of laminated windows that makes them almost irresistible to homeowners is its ability to reduce the noise that enters homes and buildings! Recent studies have proven that they are great barriers for reducing unwanted noise and sound.

Undeniably, laminated windows provide extra security to homeowners and their families, but like everything else, it has its own disadvantages.

Because of its more in-depth manufacturing process, laminated glass is relatively costly in comparison to the two other options. It’s important to remember that this options requires multiple layers of materials unlike normal glass.

There are only a handful of companies that produce laminated glass, further explaining its costly tag price. And because of this, homeowners might have to think twice about purchasing them as they have limited options to choose from.

Taking these disadvantages into consideration, it makes people question whether laminated glasses are worth it. Maybe they’re better off with tempered glass? Before jumping into any conclusion lets first differentiate them from one another!

Since we’ve already defined what laminated glass is, let’s take a deeper look into the benefits of tempered glass!

Admittedly, both can be great options for increasing the safety and security of homes. It all comes down to determining your needs and preferences. For instance, if you want to focus on the concern of security, laminated is perfect for you but if you want safe interior glasses, then tempered should work well!

Homeowners looking for advice on whether laminated windows would work well for their homes should reach out to experts like SmartFilm’s team! They are more than willing to help you figure out the option perfect for your needs and your budget!