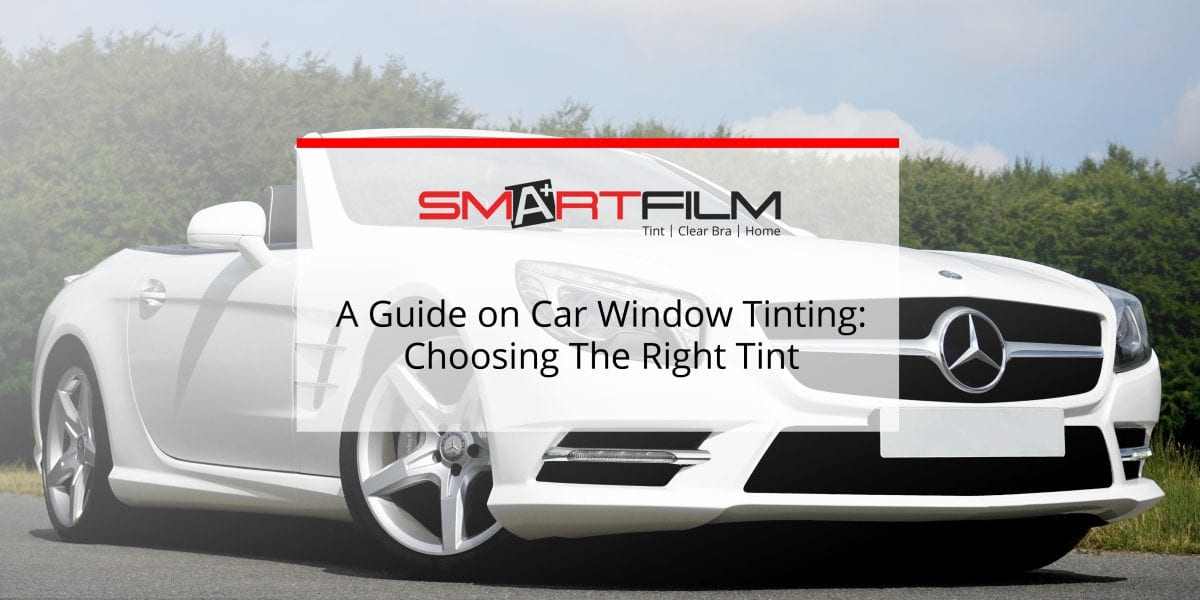 There’s a general perception around car window tint that it’s purely for aesthetics purposes. People often think car enthusiasts invest in window tints their windows just so their vehicle stands out. Resulting in new owners becoming reluctant to spend a lot of money on a tint job or tint product, taking into consideration the window tinting cost.
Window tinting film can provide essential benefits that every Arizonan driver can appreciate, ranging from privacy and aesthetics to vital heat rejection and UV ray protection all year long. Your window tint needs can vary and it also mostly depends on the kind of climate in your area. Although your personal taste may play a role in choosing the product, it’s very important that all window tints provide at least minimum shielding against the sun.

What is window tinting? 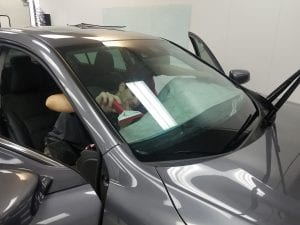 It refers to the procedure of applying a transparent sheet of window films/window tint on the inside of a car’s windows. The process has become common practice so much so that depending on the vehicle, some manufacturers now offer models that include window tints in them. The thickness of the window tints and the material used for it varies. Additionally, the darkness of commercial window tints also relies on the window tint laws or restrictions of respective states.

Below, we’ve broken down the various kinds of tint film Arizona vehicles can benefit from the most, helping you make a decision when it comes to the best window tint for your needs.

The types of window films that can be found vary from one place to another. This is because tint film manufacturers keep in mind the kind of climate or heat level a certain region has. Hotter areas like Arizona would require a different type compared to the ones used in colder places. So before you make the decision on which tint film, it’s best that you evaluate your local’s window tinting laws, your local’s climate as well as your budget
At the most basic level, these are the common type of window used on window tinting.

If you want something that can block UV rays, a dyed film is perfect for you! Dyed window tint has an opaque appearance that makes it a good choice for improving privacy. It’s also important to note that it could over time but could be replaced. Thanks to the use of dye, it absorbs solar heat and prevents some of the heat entering your vehicle. It also has an opaque appearance which makes it a perfect choice for increasing privacy.
However, there are better types of film, in comparison to dyed window films, on the market if you are looking for maximum security.
Some of the major benefits of purchasing dyed film besides its cost-effective price are its non-reflective finish that still produces the darkest effect possible. Additionally, it can block unwanted glare from bright lights as you drive.

In comparison to dyed window film, metalized window tinting makes use of tiny metallic particles to block UV rays as well as filtering heat and reflecting it. The particles are embedded within the film layer and are almost invisible. A few advantages of using this type of tint includes a protective top-coat that is scratch-resistant as well as efficient in glare-reduction.
One major disadvantage to using metalized window tint is that it tends to block the signal coming into and out of the vehicle.

This sort of tint film uses both dye and metallic particles as its main components. Hybrid types of tint mix the benefits of the two we mentioned earlier, dyed film and metalized tint, while reducing their negatives. This type of tint product is comprised of both dye and metal particles.
They offer the many advantages of the previous types while reducing the negative aspects. A common combination is the use of titanium metal and grey dark.

Admittedly, a carbon film can provide more advantages over other kinds of window tinting. For one, carbon tints have a unique matte finish that makes it attractive to car enthusiasts. Its carbon component assists in obstructing around 40% of the radiation responsible for heating the interior.

A carbon film can help keep cars cool and prevents upholstery from fading.

This kind of ceramic film product has the ability to block up to 50% of solar heat without reducing visibility. Though metallic window tinting offers similar heat shielding benefits, it can affect the electronic equipment — making ceramic window tints a more effective alternative than a non-ceramic type.

If your main goal is to tint your car windows without making them dark, then crystalline window tint is the perfect tint for you. It will look like there is no tinting at all.
The crystalline window film will block ultraviolet radiations and solar heat. You won’t be needing any dark films if you don’t like those. These films are metal-free. This results in an easy-to-maintain film that also won’t interfere with car electronics.

Why Car Window Tint is A Great Idea 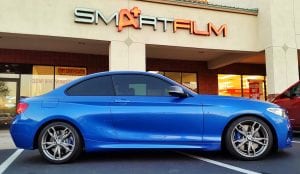 Car owners have their own reasons for purchasing high-quality window films and tinting their cars. It may range from wanting to reduce the number of harmful UV rays affecting the inside of their cars to safety reasons. Regardless of the type of film, here’s some of car tinting’s most common benefits!

The glass used on vehicle windows by itself already has UV protection — but it’s usually the most basic kind, meaning there are still chances of UV rays coming in through your window. There are usually two kinds of UV rays that contribute to the risk of skin cancer, UVA and UVB, both of which have different wavelengths. While most windows can block UVB, UVA can actually go through them and it doesn’t help that 9%of the radiation that reaches us is UVA.
With the help of good quality car window tinting, your UVA blockage increases. Protection from UV radiation matters most especially if you live in specifically hot regions such as Arizona. The state’s temperature often goes as high as 120 degrees during the summertime eventually making tint films necessary.

Most car owners cite the need for better privacy as one of the main reasons as to why they choose to tint their vehicles. The fewer people see through your windows, the more you avoid the chances of having something stolen. Privacy glass or commercial tint ensures owners no outsider can see the inside of their cars but is only used on specific types of the window.
And besides the improved privacy, certain window tinting film can strengthen your window’s shatter-resistance! In case of theft or accidents, the window tinting film will act as a bind, holding shattered pieces of glass together. Tint films guarantees you that everyone and everything inside your vehicle will be protected during the worst-case scenario!

Not only does tinting keep your car looking great outside, but it also does the same thing, inside! Cars, in great condition, generates great value and one way of keeping your car looking good is having it professionally tinted!

Besides giving your vehicle a fresh look on the outside, tint films can also prevent your upholstery from fading. Heat and UV rays can lead to leather seats and other upholstery to fade over time but because tinting films generally have heat and UV protection, your car will look as fresh as it does outside, inside!

Another common reason behind tinting is keeping cars cool. In regions like Arizona wherein heat is basically part of most peoples lives, it’s important for them to keep themselves cool whenever their out and about during the day.
But air conditioning costs a lot of fuel, so to lessen down their use, most people install tint films that focus on heat and UV rejection! With tinting installed on their windows, they can enjoy driving more without spending more.

Leave Your Window Tints to the AZ Auto Experts at Smartfilm

Smartfilm provides professional-quality car window tinting in Arizona and other Valley locales. Call or email our office today to learn more about car window film and tinting and more services that we offer for your vehicle!