What Is Solar Tinted Glass? 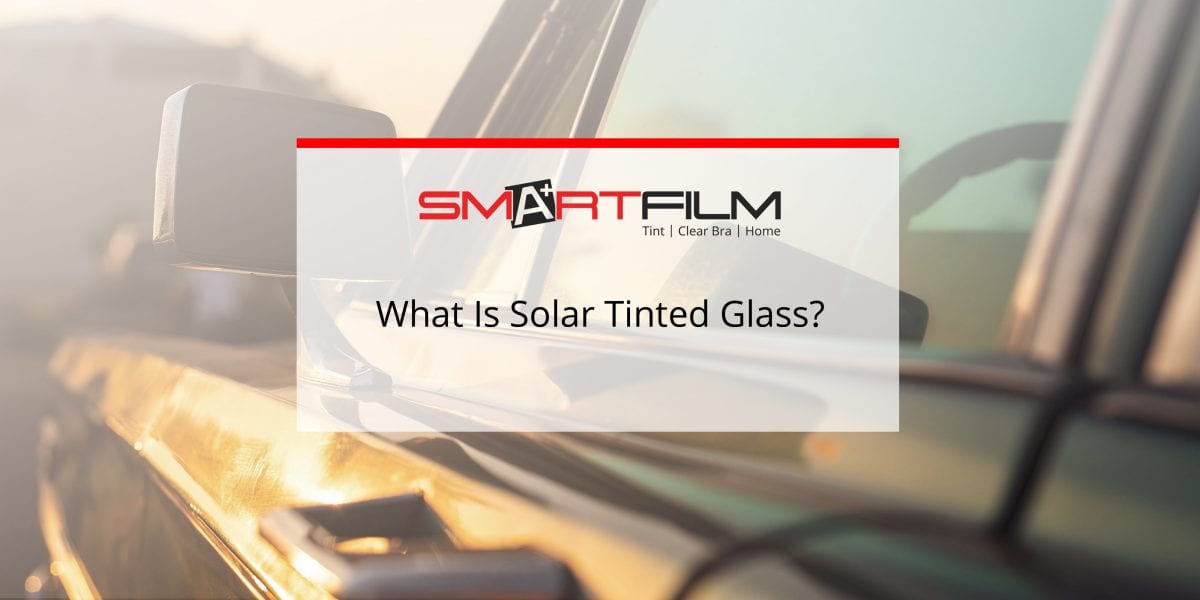 What Is Solar Tinted Glass?

If you’re looking to get the most out of your car, you know that the right window tint can help make your ride more comfortable by blocking heat. But there are far more car glass tinting film options to choose from than you might think.

In fact, some aren’t even films at all. Take for instance, solar tinted glass it’s one option that does wonders for Arizona drivers. But what is it exactly? And why do some people prefer it over car window tinting?

Solar tinged glass is exactly what its name suggests, glass with tinting materials built into its panes. Several car manufactures install these types of glass on new makes and models at some degree.

In comparison to most car glass tinting films, solar tinged glasses are virtually clear. They are permitted to car windows legally so that drivers can block more damaging UV rays.

But just like normal window films, there are regulations that drivers must adhere to when it comes to installation. Should drivers want a little more darkness, they can still install tinting!

All glass blocks at least some UV rays. This means standard car glass can do at least a tiny bit to protect your skin and the car’s interior from the sun, but it’s not enough. The answer to the question, “does tinted glass block UV rays,” is a resounding yes, provided you get solar tinged glass that’s built for that purpose.

Just investing in darkened panes of glass isn’t enough to keep the UV rays out. It’s a lot like wearing a t-shirt—you can still get a sunburn if you’re not wearing sunscreen, but it will take a lot longer than it would if you were out in a swimsuit. Unless your car glass is specifically designed to block UV rays, your skin and your car’s interior are at-risk for sun damage.

So, Why Should You Install Solar Tinted Glass?

Solar tinged glass blocks up to 99 percent of the sun’s harmful UV rays. But it does it without the use of solar films. This means it’s more durable and can hold up to your daily driving conditions with ease.

No Film to Peel Up and Bubble

Solar tinged glass incorporates the UV-blocking tint into the glass itself. This means there’s no external film to worry about or to maintain. If you’re worried about bubbling film or scratches damaging the quality of your car’s tint, solar tinged glass is the best choice. All you have to do is keep it clean like you would standard auto glass.

If you’ve ever walked around downtown Phoenix, you’ve probably seen the tell-tale purple shade on some parked cars’ windows. The purple color happens when low-quality car glass tinting film degrades and breaks down.

It still blocks the UV rays, but it makes your car look less appealing and can hurt its resale value. Solar tinted glass won’t discolor so your car’s value stays as high as possible as long as possible.

We mentioned that solar tinged glass is virtually clear earlier, but this fact is also one of the key reasons you should install the glass on your car. Dark tinting film impacts your visibility on the road. If it’s too dark, you may end up missing key details when you’re driving, putting yourself, your passengers, and your car at risk for accidents.

Clear solar tinted glass still blocks those harmful UV rays, but it does so without altering your visibility. This means you’ll be safer on the road and can better avoid those unexpected or hard-to-see obstacles.

Solar tinted glass is designed to do one thing: keep UV rays out of your car. It doesn’t change the fact that sunlight enters through your windows and heats up the interior. The only way to keep the heat out is to install a darker tint film over the solar tinted glass.

This shouldn’t void the warranty or change the effectiveness of the glass itself. Instead, it will just keep the greenhouse effect from wreaking havoc in your car. You’ll be able to look forward to getting behind the wheel even after leaving your car parked in full sun for several hours.

For most cars, solar tinted glass is a standard feature as it helps keep the interior looking like-new longer. But it’s not always enough to keep your car comfortable. You may still need to install a car glass tinting film at a later date.