What is Ceramic Window Film? 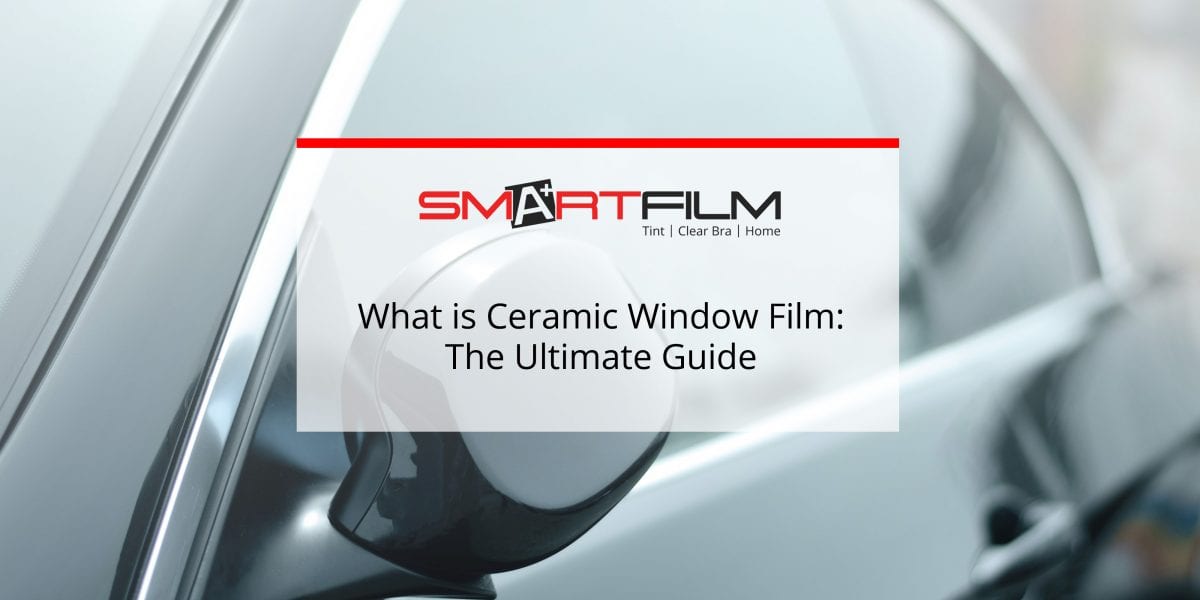 What is Ceramic Window Film?

During the early years of window tinting, much of the films available in the market were dyed and metallized. While metalized films as well as dyed films were able to meet the demands of the public for heat reduction, the needs grew. And soon enough, a new breed of tint films were created.  Over the past 10 years, window tinting films like carbon films and more were made available. While their predecessors were great, their features were often limited. For one, metalized tints blocked signals coming in and out of the car while dyed tints only had a short life span. One window film that no one is talking about is ceramic. So what is ceramic window film?

Learn all that you need to know about ceramic window tint and why modern drivers love adding them to their car windows!

What Ceramic Films Are

Considered as a top of the line car tint, these films are coated with ceramic particles thanks to growing nano-ceramic technology of today.

One great thing about ceramic tints is that it’s able to be invisible to the naked eye while still being effective. It’s heat rejection features still work and it’s UV protection as well as glare reduction remain effective. Aside from this, they also come in varying shades — allowing consumers to pick whatever level of privacy and security they want.

Despite being relatively new, the tint has already outperformed all the different types of films in the market today. Recent laboratory studies have shown that it has beaten its predecessors in terms of visibility, sun glare reduction, infrared rejection, structural stability and more.

While it seems like ceramic tints almost had it all, from UV ray blockings down to infrared light reduction, it still has a few disadvantages drivers must keep in mind. But before that, let’s take a deeper look at some of its great advantages!

It was briefly mentioned earlier that metalized tints have one big disadvantage; signal interruption. Because of its metal particles, it tends to interrupt radio as well as cell phone signals.

If you’re someone who uses a GPS system while driving — or even just uses the radio, there’s a high chance of experiencing interruption. Fortunately enough, ceramic windows do not interfere with any of them.

You can navigate safely and listen to your radio as you drive without any problems!

As mentioned earlier, ceramic films have the capacity to block massive quantities of solar heat — meaning it has powerful heat resistance! This feature is an essential especially for those in the hotter parts of the country like Arizona.

Luckily, the tint keeps vehicles cooler, making driving more comfortable and less expensive. With a much cooler car comes less need for your AC to be on a high level! Not only will your interior look cool, it’ll also feel much cooler.

Furthermore, it’s solar control features makes it an effective defense against skin cancer! So much so that the American Academy of Dermatology recommends window tinting as a great preventative measure.

While all tints are made to be durable, there are some films that are weaker than most. For instance, dyed films have a shorter lifespan when compared to metalized tints. They fade easily and are more susceptible to scratches.

Thankfully, ceramic windows are considered to be one of the most durable types of tints in the market! Not only will they not change color over time, they are also resilient enough to prevent breakage. Anyone who dares to try and break your window will have a hard time doing so.

Now with this many advantages at its arsenal, ceramic tints seem like the perfect option — except for one thing; it’s price tag.

The one downside to falling in love with ceramic tints is its price tag. Ultimately, it’s a relatively new tint but its price tag is pretty high in comparison to its predecessor — and it’s not entirely hard to understand.

Again, the film is created with the latest technology, allowing it to have the most advanced features. And while the upfront costs seem a little too much, a closer look into the tint will reveal that it’s still a better option.

Instead of opting for a cheaper film and constantly having it replaced, it’s best that you invest on tints that’ll last you for a long time!

So, you’ve finally made your mind about ceramic films and are already looking up ‘ceramic window film for sale’ online, what’s the next step? Right after choosing your desired film, the next step is to think about its installation.

Because of the rising demand for car tints, drivers can now purchase their own kits and tint their cars themselves! But the question is, is this the recommended way to go? Not entirely. While doing the project yourself saves you money, it leaves you vulnerable to mistakes.

Keep in mind that once the tint has been installed, there’s no going back. You either have to stick by it or have it professionally removed — which comes at a greater cost. Hence, experts and most drivers would recommend having it professionally installed.

Make the most out of your investment and have your car tinted by SmartFilm’s professional installation team!