What are Decorative Films? Why Your House Deserves Them!

Home SmartFilm What are Decorative Films? Why Your House Deserves Them! 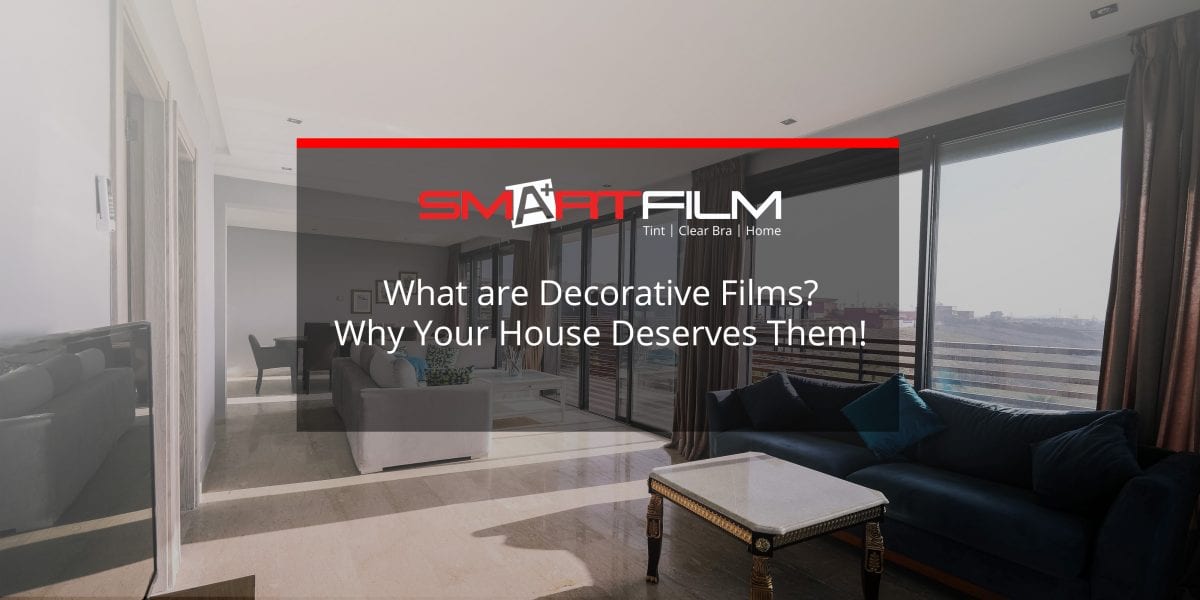 What are Decorative Films? Why Your House Deserves Them!

It’s understandable for most homeowners to plan renovations this year — it is the start of a new decade after all! Despite this, some people often find themselves having second thoughts upon looking at the cost of redecorations. Luckily, there’s a way for homeowners to revamp their places for a cost-efficient price — decorative films!

There’s a common misconception that both decorative films and window films for homes are almost, if not, the same thing. But in reality, both films serve different purposes despite their similarities.

So before diving into the advantages of decorative window films, let’s first discuss their differences.

The former is mainly used to improve the aesthetics of a home while adding an extra layer of privacy to it. They are often used in bathrooms, entry doors, and even in home theaters! On the other hand, the latter is used for specific security concerns like UV protection, IR rejection and more.

If you want to add more flair to your home, decorative films is the best choice. It can easily be cut into different shapes and offers a wide range of colours as well as designs. You can pick out different options depending on the interior of your home. Furthermore, they are relatively cheaper in comparison to curtains and blinds!

But should there be any safety concerns around your home, there’s a wide variety of window films available in the market meant for a specific issue. Another key point to note with window tints is that most of them come in plain colors. And this is because window films are meant for protection, not aesthetics.

While it may be true that window films are the best option for increasing safety at home, decorative window films will still provide clients with ample protection from harmful UV rays and added privacy!

Why Your Home Deserves It

Decorative window films can transform any glass surfaces into a work of art for an inexpensive price. Aside from this, homeowners are also ensured that it doesn’t affect the amount of natural light that enters their home.

If you remain to be unsure on whether decorative window films are worth it, we’ve listed down some of its great advantages!

Adds Color to Your Life

Your home’s window glass doesn’t have to be boring — nor do you have to lavishly spend money on stained glass or etched glass. Decorative film reels can add color to your life for a fraction of its cost.

As mentioned earlier, it carries a wide variety of colors, designs, and even textures to choose from. It can give your home more personality by almost mimicking etched glass without being too dominating.

Though most of these glass films are used for aesthetics, it still has properties that adds protection to your home.

For instance, frosted films can obscure people from seeing inside your home.  Furthermore, it acts as your defense from harmful UV rays that increase the risk of skin cancer.

Just like window films, decorative film reels also acts as an extra layer of insulation on your windows. It helps keep houses cool during the summertime and keeps you warm during winter seasons. Therefore, lessening the need to use air conditioning and heating.

Should homeowners choose to redecorate their homes with decorative window films, there’s a guarantee they’ll get so much more than what they paid for.

Unbeknownst to many, decorative film reels can actually be installed in two ways — through static cling or adhesives. And because of this, homeowners would often have a hard time picking between the two.

With this in mind, we’ve broken down the pros and cons of both application process!

The term ‘cling’ refers to the vinyl decay material that sticks to the glass surface using alternative methods of adhesion. And unlike what most people think, static cling does not use static electricity to attach the film.

Instead, the highly-laminated thin vinyl reacts like a suction cup when its pressed to surfaces that have similar cohesive force. It ensures easy installation on smooth surfaces like windows or glass display cases.

Static cling is generally affordable in comparison to low-tack adhesives despite its thicker material. Furthermore, it does not use any form of adhesive so homeowners can reuse it if maintained properly.

While it may be true that homeowners will spend less on upfront costs, static clings tend to have a shorter shelf life. The suction will release the film over time and can end being useless if not used for a prolonged period of time. There’s a large possibility that clients will end up spending more on reinstallations.

Another key point to keep in mind is that some surfaces of your home may not have the similar cohesive force for the cling to adhere to. You may end up using both applications just to get everything done.

The installation process for adhesive-based decorative films is similar to that of window films — tricky and complicated. But the great thing about it is that it offers a longer shelf life in comparison to static cling films. While it may be true that its price tag is much higher, it can save you money in the long run!

Because of its adhesive, it can be applied to different surfaces and offers a better bond. No need to worry about whether or not it can be used on different types of windows. And aside from this, it can withstand different environmental conditions depending on its specifications!

As mentioned earlier, installing adhesive-based films can be pretty tricky. And unlike static cling, it can’t be reposition-able once installed. That’s why most people would advise to have the installation job done by an expert.

Installing decorative window films, in general, is a great way of refreshing the look of your home! But admittedly, it’s a process that not a lot of people know about.

To ensure that you’re getting the best for your home, don’t be afraid of reaching out to expert installers! There are service providers that offer cost-efficient estimates as well as free consultations like Smartfilm.

There’s no need to worry about whether you’ll be getting the most out of your money as window film providers always ensure their customers are satisfied!