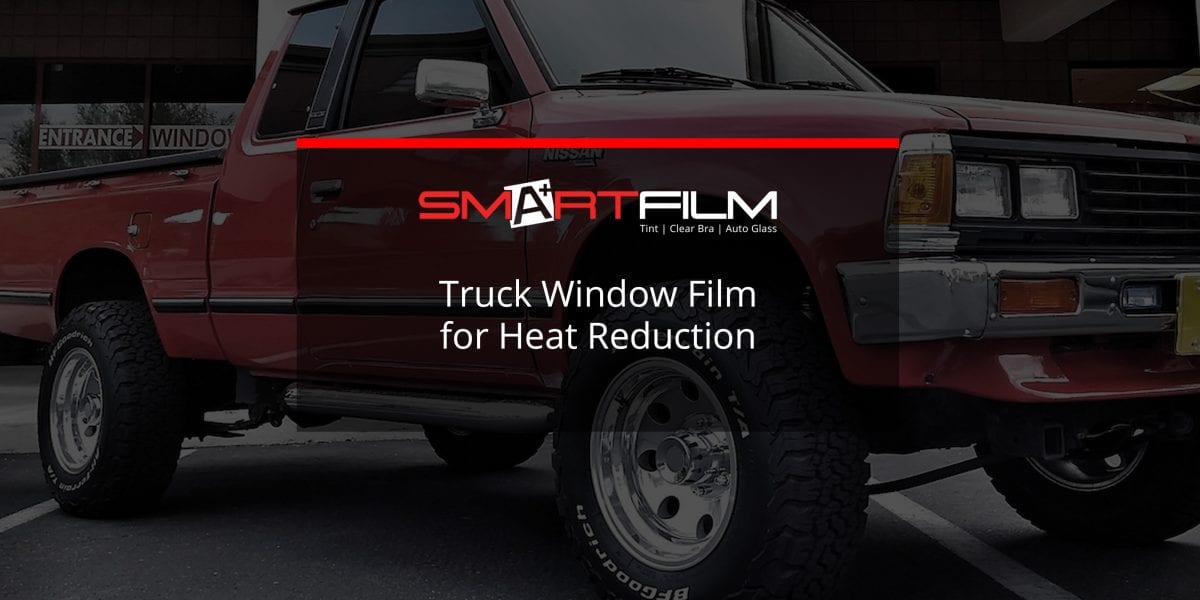 Undeniably, summers in Arizona can be pretty great. As a matter of fact, some travel magazines even suggest that it’s the best time to pay the region a visit! Unfortunately though, not a lot of people enjoy the Arizona heat.

For truck drivers, it’s all fun and games until it’s time for them to find a parking space. Because of these extremely heated conditions, drivers would find parking outdoors almost impossible to the point that they’d spend hours driving around for a shaded spot. They would do almost anything they can just to avoid turning their trucks into mobile ovens.

Despite this, the Arizona heat shouldn’t hinder them from enjoying the summer season — especially now that there are window tints for trucks!

Auto window tints or the process of car tinting isn’t something new for local drivers in Arizona. Because of the natural weather conditions of the region, a large majority of them use different types of tint for heat rejection as well as UV blocking.

There are about hundreds of tint shops in the region like SmartFilm but despite this, there are certain drivers who remain skeptical of the effectiveness of tinted car windows. Should they decide to tint their vehicles, they often look for cheap window tint kits.

In hopes of helping Arizona truck drivers make informed decisions, SmartFilm has decided to break down how window tint film for trucks actually work! Aside from disecting how the tint actually works, we’ll also discuss the best way truck drivers can get the most out of their investments.

Why It Actually Works

Regardless of whether you’re a new truck driver or not, there’s a large number of car owners who don’t know how tints actually work. How can it block UV rays while allowing natural light to pass through the truck’s rear window?

Tint films are thin laminated films made of PET created to reduce the amount of infrared, visible light as well as ultraviolet radiation that passes through your truck’s windows. And depending on their construction components, window tints provide several benefits such as increased privacy, safety and security.

Depending on the material used, the amount of light a tint reflects and absorbs will vary but regardless of, most tints are created for this purpose. Additionally, a tint’s added features will also vary. For instance, metalized truck rear tint films offer effective glare reduction while crystalline tints offer seamless appearance when installed.

The kind of tint drivers will install on their car or truck will depend if they want to focus on heat reduction or other concerns like safety or privacy!

Other Wonders of Window Tints

As we’ve mentioned earlier, tint films offer other wonders that could help in preserving your truck’s great condition! Here are some of the great benefits of tints that not a lot of people know of.

When the sun shines through your truck’s windows, it does more than just light up the interior of the truck. It introduces heat into your already warm vehicle. Unless your windows are cracked, that heat can’t escape and the longer your ride sits in the sun, the more heat builds up. In a matter of minutes, the temperature can increase by more than 10 degrees!

Window tints blocks some of the sun’s rays, reducing the amount of heat that builds up in the cab. It won’t block all of it, but it can still make the ride far more comfortable. And even a slight difference can change the way you feel about driving in the Arizona summer!

Reduces The Risk of Skin Cancer

Though heat is a major issue, it’s not the only problem the sun can cause in your ride. Standard auto glass lets in a lot of damaging UV rays. These are the same rays that give you a sunburn and fade the upholstery or crack the leather inside your cab.

When those rays get blocked, your passengers will be more comfortable anytime they’re in the cab. As an added bonus, you’ll also preserve the interior of your ride. And the nicer your truck looks, the better resale value it has. If you’re planning on trading your truck sometime in the next few years, window film can make all the difference!

To DIY or To Not DIY

For some drivers, truck films for trucks can be pretty expensive. So in order to protect their vehicles from extreme heat and risk of damaged upholstery, they opt to tint their trucks by themselves.

Admittedly, pre cut films or tint kits are cheaper than professional tinting services. But this poses the question of whether you’ll really save more in the long run. While it may seem like an easy process, tinting vehicles are more complicated than it seems.

Should you decide to go through the process by yourself, without the help of proper tools and techniques, you might end up getting it wrong the first time. Removing installed tints are no easy feat, there are services dedicated on window tint removals alone so should it happen, you’ll have to pay up for both the removal and reinstallation of your films!

Because of this, experts highly recommend that truck drivers hire professional installation teams!

Let the Pros Install Your Film

Truck window tint is only effective when installed correctly. Schedule an appointment today and let our team get your ride ready for summer.