For most drivers, nothing is worse than getting into a heated car on a sunny summer day. And with the rising temperatures, Arizona drivers aren’t the only ones hoping to avoid the heat and glare of the sun. Luckily, automotive window tinting has become a common practice!

These tinted films help in blocking the heat that enters your vehicle and protect you from harmful UV rays. Depending on its car window tinting percentages, window tint can reduce glare and the amount of light that enters your car. Furthermore, drivers have the liberty to choose the type of window film they want depending on their preference or budget!

Aside from the wide range of car window tinting films, its shade percentages can also vary. But contrastingly, choosing the right shade for your tinted car can feel like a bit of a mystery.

There are several considerations that come into picking the best shade for car windows aside from budget and personal preference. But before anything else, let’s start the discussion by answering the question of what are the different shades of car tint. This car window tinting shade blocks 50% of the sun’s rays from reaching the interior of the car. It’s one of the greatest options for blocking heat as well as UV radiation. Furthermore, this shade is the national average of allowable percentages across all states.

Window film shades of 35 percent darkness are one of the more popular options amongst the different shades for your car’s tint. This is because it makes vehicles look better and blocks harmful UV rays better.

This car window tinting film shade is often referred to as the ‘factory tint’ due to it being common amongst newly manufactured vehicles.

Car owners who want to get the ultimate tinted car often settle for 5% shade. This percentage makes a vehicle look almost blacked out and is commonly referred to as the ‘limo tint’.

It’s important to realize that the different shades of films for car windows should not be taken lightly. Not only does your budget and preference determine the film darkness, but there are also other major factors that need to be considered.

Deciding the Percentage of Your Mobile Shade 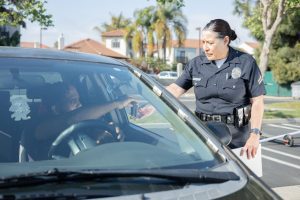 Right after choosing the type of car window tinting film to use on their cars, drivers would also then decide on the shade percentage they want to have. But in comparison to choosing the kind of tinting film, picking its shade can be more confusing to new drivers because of the several factors that they need to consider. These considerations shouldn’t be taken lightly — as a matter of fact, these are the critical things clients should keep in mind.

Make Sure You Know the Local Regulations

Believe it or not, state laws limit how dark-tinted cars can go. Each state has its own regulations on how dark rear windows, side windows, and front windows can be tinted. For instance, Arizona’s car tinting laws state you’re legally required to limit tint film shades to allow no less than 33% light while California’s limit is at 70%.

Tinting laws is the most critical thing — albeit the very first factor — to consider in deciding the shade of window tinting films for several reasons. For one, state laws take offenses of such nature seriously for safety reasons. Police enforcement would have a hard time looking into suspicious cars if the shade is too dark. Additionally, dark films can hinder the visibility of drivers, increasing the chances of them getting into an accident.

Decide on What You Want to Accomplish With The Shades

Another key point to remember is what you want to achieve with your car tinting. As mentioned earlier, car tints have several advantages. Not only does it protect passengers from harmful UV rays but it can also reinforce the strength of the window and improve privacy. Your chosen shade percentage will also depend on what you want to achieve.

For example, those who want to reduce the harmful UV rays that enter their vehicle and keep it cool should use car tint shades with percentages levels at 50%.

The window tinting films may be clear, but they can still block heat and UV rays. On the other hand, if you’re looking to increase privacy and want to block even more light, choose a darker window tinting film. Regardless, any tint shade will help lower the interior temperature of your car for at least a few degrees.

Understand How Mobile Shades Changes the Look of Your Car

Some people like the look of dark windows on their cars. Others prefer clear factory glass. Before choosing the right shade for your car tint, make sure you’re comfortable with how it will look on your ride.

If you want to make the car look sleeker from the outside, darker shades may be the best option. But if you want to keep the look as close to the factory original as possible, choose a lighter shade.

You don’t have to choose between the different shades of window tint film on your own.

Our experts are here to help you decide which shade for your car works best for you and your needs! Contact us to schedule a free consultation and estimate.