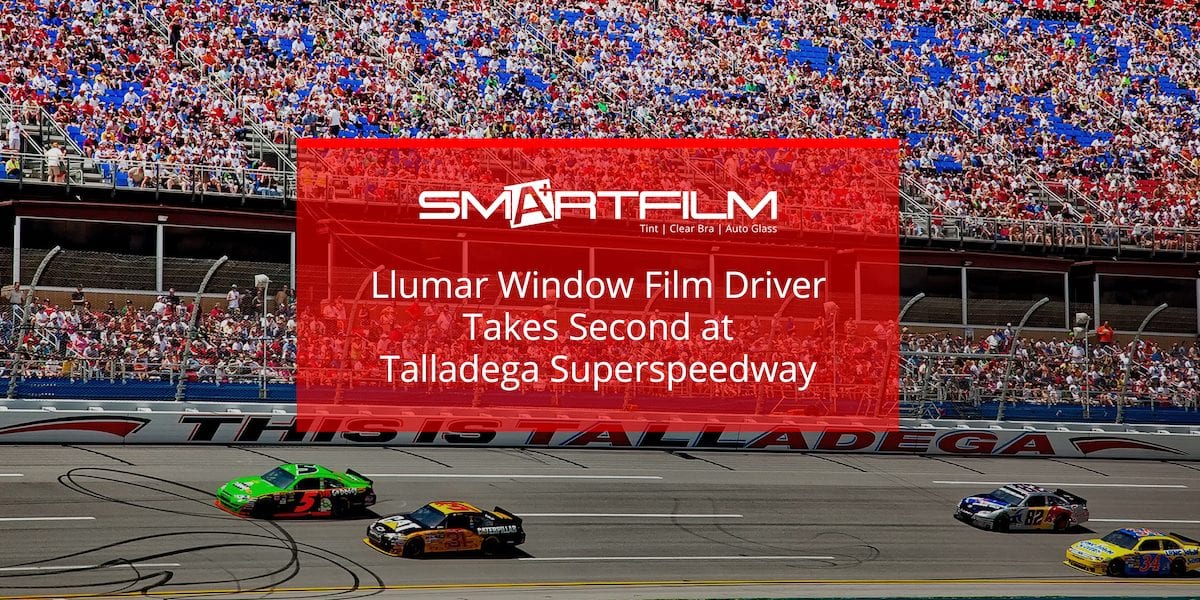 On April 28, 2019, cars lined up at Talladega Superspeedway for one of the biggest events in NASCAR this year. With a length of 2.66 miles, the Talladega track is the longest NASCAR oval. It’s a notoriously challenging track, with speeds often exceeding 200 mph.

At the beginning of the race, tension was high and a hush swept over the crowd, but soon the silence would be split as engines revved and fans cheered their favorite driver on to victory. NASCAR driver Alex Bowman, sponsored by Llumar Automotive Tint, began the race in the 9th position, but soon rose to the top towards what would be his best career NASCAR Cup Series finish.

After the second lap, Bowman fell back to the 17th position. Fortunately, he recovered quickly and in just three short laps later, he was back up in the top 10, leading in the eighth. During the 10th lap, Bowman’s car was hit in the back, but fortunately received only minor damage.

Bowman fell behind to the 17th position again by lap 20, but slowly made his way back towards the top. During lap 61, the Llumar sponsored driver took the lead, which he maintained for six more laps.

During Lap 154, Bowman was in the 14th position. However, on lap 181, a big incident occurred on track, and Bowman was placed in the 7th position on the bottom. Alex Bowman finished the 188 lap race just behind Chase Elliott, in 2nd position.

Last April 2018, LLumar revealed its paint scheme for Bowman’s No. 88 Chevrolet Camaro ZL1 in collaboration with Hendrick Motorsports at the SEMA Show in Kingsport, Tennessee.

Eastman’s Commercial Director Darrell Reed explained that their partnership with Hendrick Motorsports and the No. 88 team sponsorships have been one of the most thrilling things they’ve done with the brand.

Bowman also expressed his excitement during the launch, saying he’s already looking forward to the season!

NASCAR driver Alex Bowman is sponsored by LLumar, one of the leading auto window film manufacturers in the country. Manufactured by Eastman Chemical Company, Llumar Auto Tints are loved for its sleek appearance and is well-praised for its durability.

The brand offers an extensive line of window films such as automotive window tints, commercial and residential architectural window films as well as other decorative films! As a company, they are committed to quality, ensuring that each of their products can improve the driving comfort and visibility of vehicles.

LLumar works directly with different designers, manufacturers as well as customers in creating films. The brand is also commended for its globally sourced materials. And with more than 55 years of manufacturing experience, Eastman is capable of color dyeing, sputtering, letamizing, solution coating, laminating, and slitting films.

With such incredible performance in blocking 99% of harmful UV rays and an outstanding reputation for its costs, it’s no wonder that Bowman chose Llumar Auto Window Tint and Paint Protection Film for his vehicle.

Get the Look from Smartfilm

Get the same look as Alex Bowman and buy Llumar Films for your very own vehicle by calling Smartfilm today! Contact us to learn more about the cost of Llumar Film installation and our other window tinting options for Mesa drivers.