LLumar Window Tint to Be Featured in Upcoming NASCAR Races 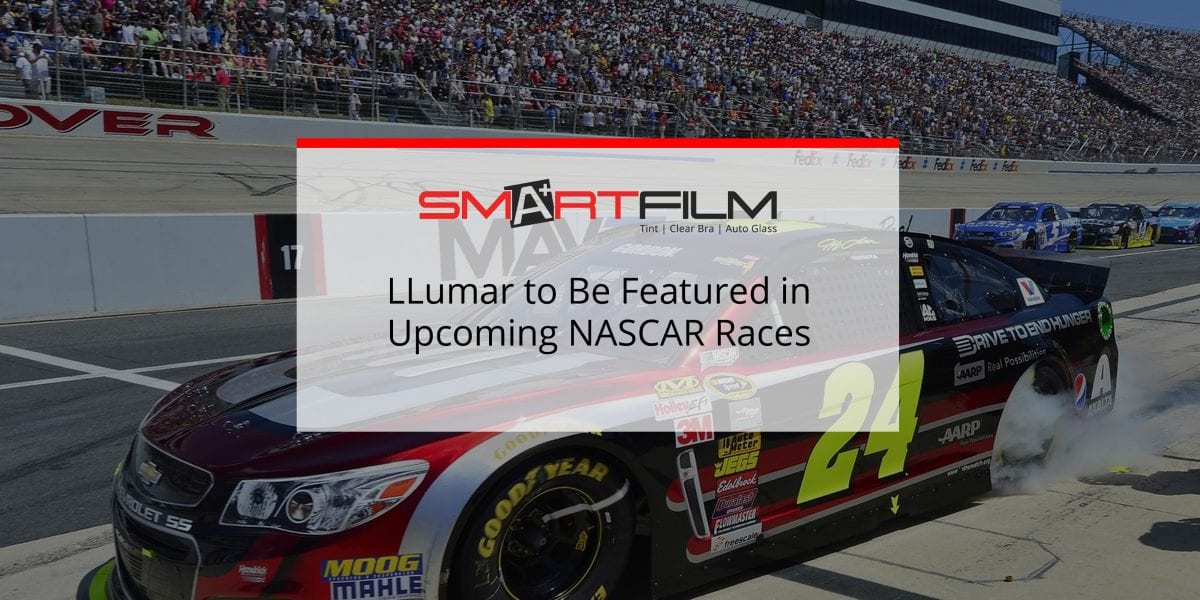 LLumar Window Tint to Be Featured in Upcoming NASCAR Races

Hear all about Bowman’s new ride and LLumar’s collaboration with Hendrick Motorsports!

Drawing inspiration from the previous designed launched in the SEMA Show in Tennessee last year, LLumar has created two distinct designs for this year’s race for NASCAR Driver Alex Bowman! Each sleek scheme will be revealed during two separate races Bowman participates in at the Texas Motor Speedway and the Martinsville Speedway.

LLumsr decided to stick by the same color scheme they used in the previous year, only moving the LLumar Film logo front and center across the hood. The said logo is now in a much larger and bolder text while the signature No. 88 has been colored in teal for easier tracking!

While the changes in some of the design elements are noticeable, the crowd seemed to generally like the new look! Bowman in the previous year expressed his excitement in the upcoming race and in his new partnership with LLumar.

The young driver managed to work his way to the prestigious No.88 for the Hendrick Motorsports despite starting out in smaller teams. After becoming a part of the original NASCAR Next Class in 2011, Bowman made four wins at the ARCA Racing Series season in 2012 which then paved the road for him to the NASCAR Xfinity Series!

And by the year 2016, Bowman was asked to sub Dale Earnhardt Jr following his concussion. He was able to share the No. 88 with four-time champion Jeff Gordon!

Aside from being a wonderful sponsor and a great partner to Hendrick Motorsports, LLumar is generally loved by everyone.

Their films, including their LLumar Paint Protection Films are created of highest quality and are well-known for withstanding Arizona’s deserts and its road debris. LLumar, manufactured by the great Eastman Chemical Company, is known for its durable and high performing window films.

They ensure great comfort and heightened visibility when driving — plus it’s efficient in blocking 99% of the harmful UV rays. LLumar provide great assistance in keeping your interior looking fresh and feeling cool!

Ultimately, LLumar has a great long standing reputation to the public and to the professionals. Hence, their entry doesn’t seem surprising to most people!

Request Your Quote on LLumar Today

As with all window tinting film, it’s custom cut to fit your unique windows. And if you want to buy your own films, it’s always best to leave installation to the pros. Contact Smartfilm, your local dealer, today to schedule an appointment or to request a quote.