How Much Is Window Tinting for Your Home? 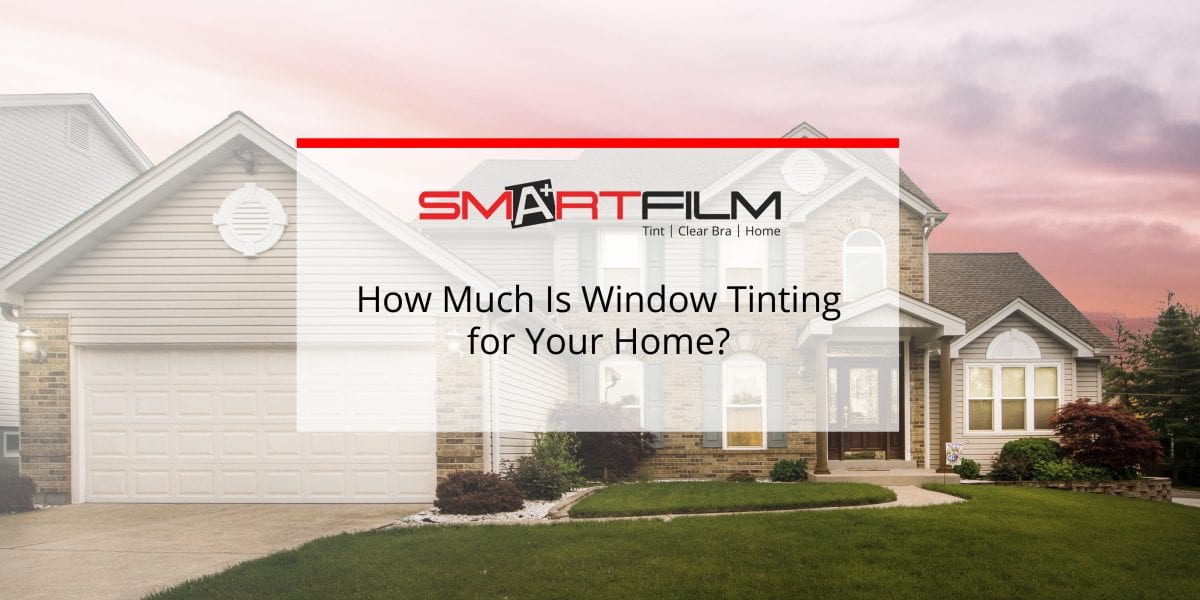 How Much Is Window Tinting for Your Home?

You’ve probably heard by now that installing window tint on your home’s windows is a great way to save money month after month. And who wouldn’t want that? Just think…your home will be more comfortable year-round and your energy bills will stay much lower as long as the film is in good condition. But if you’re like most homeowners, you likely have one pressing question in mind: how much is window tinting for home windows? The answer isn’t as simple as you might think, but here’s what you need to know about home window tinting cost.

There’s more than one type of window tinting film on the market. And the type you choose will largely determine the price you pay. That said, the average cost of window film installation ranges from $4 to $24 per square foot. If you want a better answer to “how much is window tinting for home windows,” measure each window in your home. This will give you the square footage of tinting film you’ll need to install. From there, you can give yourself a rough estimate with the more basic tinting films and one for the highest quality films.

Use this number to help you determine your budget. Remember, you don’t have to pay for the entire installation out of pocket. Installing almost all types of window film for homes counts as a home improvement project. You may qualify for a home improvement loan to help spread out the cost and allow you to keep your savings for true emergencies.

The actual square footage of windows that you need to cover is just one factor that goes into the cost of installation.

Quality of the Film

When it comes to choosing between different types of window film for homes, you get what you pay for. High-quality film will cost more than lower quality films. This is because they last longer, look better, and provide more savings once they’re installed on your windows. That’s not to say that lower grade films aren’t worth it—they’ll still help you cut costs on your home’s energy consumption. But they won’t last as long and may not work as effectively as more expensive products. If you’re looking for a long-term home improvement, invest in higher quality films.

Experience of the Installation Team

The Overall Difficulty of the Job

Take a look at your house. Is it a single-level home with basic rectangular windows? If so, the installation will be easy and you’ll likely pay less to get the film installed. But if you have a split-level or multi-story house with hard-to-reach or odd-shaped windows, you can expect the job to take longer. The longer it takes to install the film and the more difficult the installation is, the more you’ll have to pay.

Yes, some window films come with manufacturer and installation company warranties. This helps protect you from costly repairs due to installation mistakes or flaws with the film itself. But there are also films that don’t include warranties or have guarantees that only protect you for a few months. These films will likely be cheaper, but if anything happens, you’ll have to pay for the repairs or replacements out of pocket.

The Type of Film You Install

There are dozens of types of window film for homes and the type you choose will influence the price you pay. If you want the best solar tinting film to help conserve energy and lower your electric bills, you’ll pay more than if you want a high-quality decorative film that adds personality to your home.

The Best Thing to Do Is Schedule an Estimate

Every home is unique and the only way to know exactly how much installing tinting film on home windows will cost is to schedule an estimate. During these appointments, an installation expert will assess the needs of your house and help you find the best film for your home. Once you know what you’d like to have installed, they’ll be able to give you a quote so you can budget accordingly. Remember, the only way to get an accurate idea of how much a tinting job will cost is to speak with a professional.