How Automotive Window Tint Actually Works On Your Car 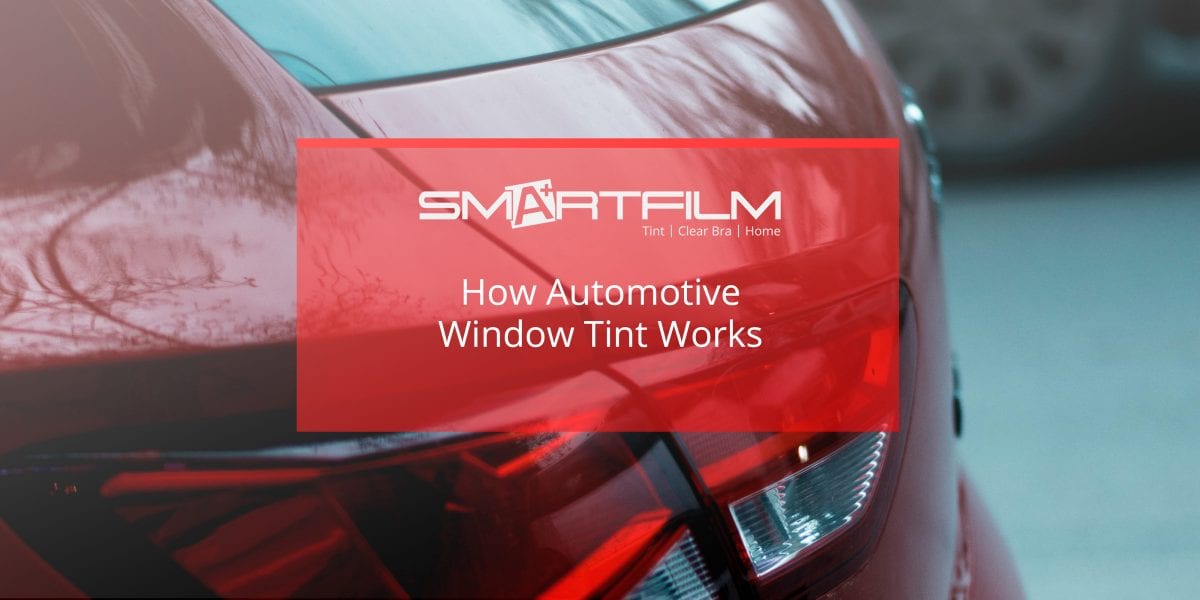 How Automotive Window Tint Actually Works On Your Car

For fairly new car owners, taking care of their ride is their utmost priority. They go around looking for quality products that can help them preserve the brand-new condition their vehicles came in. But despite this great urge, most drivers are smart about the way they spend their hard-earned money — after all, they just bought one of the biggest investments in their life. One thing they should definitely invest in is automotive window tint.

The fact of the matter is that not everyone is dying to get window tint. Just like in deciding whether to get a clear bra for their cars, owners would first look into window tint film before purchasing a service. With this in mind, we’re here to help out frustrated drivers by discussing how it actually works!

Commonly known as window films, they are made up of laminated film that can be installed to the interior or exterior glass surfaces of automobiles, boats, and even homes. They are made from a type of thermoplastic polymer resin called polyethylene terephthalate and are usually categorized depending on their material and technical performance.

For instance, there are shades of auto window tint made for increasing privacy while there are those made for improving safety and security. Additionally, they are also categorized depending on whether they are made for auto tinting or home tinting.

There’s a common misconception that automotive tint rolls are often used to improve the aesthetics of a vehicle. But in reality, a large majority of its users often purchase them for UV protection and increased safety as well as security.

Now that we’ve defined what they really are, let’s get into the science of how it actually works.

How It Actually Works

As mentioned earlier, one of the greatest reasons why drivers tint their windows is to protect themselves from harmful UV rays — but how does tints block both heat and UV rays?

Depending on the tint percentage of your auto tint, it changes the characteristics and the amount of light that penetrates your windows. Normal window glass that is yet to be tinted transmits 90% of visible light while absorbing and reflecting 5%. It’s created for the purpose of UV blocking as well as obstructing infrared light that causes a vehicle to heat up.

Installed window tints will reduce the amount of light that passes through your windows while maintaining the light that travels from the inside. The effectiveness and extent of the window auto tint’s blockage will depend on the type of window tint used, quality of application and the manufacturer it came from.

Experts use the Visible Light Transmittance rating (VLT) or tint percentages to measure the variety of automotive films available in the market. The lower the percentage is, the less visible light will radiate through the glass.

Law enforcement also use tint percentages to determine whether a film is safe and legal to use on the road. Frankly speaking, there are

The great thing about auto tints is the wide variety of options it offers car owners. The automotive film you’ll be using to tint your vehicle will depend on what you need and the climate of your area. But regardless of what you choose, all auto tints are created to provide minimum defense against the sun.

To get you started, we’ve listed down six most common films and their benefits!

Dyed auto tints are the best friend of car owners on a strict budget. They are the most basic type of automotive film available in the market. It is made up of multiple layers of dye that absorbs and blocks both solar heat and sunlight. Its opaque appearance is great for improving the privacy of your vehicle.

And while it may be true that dyed tinting is a great and cost-effective automotive film, it doesn’t offer the same level of protection other auto tints have. Additionally, they are prone to fading over time and might cause owners to spend more on replacing them.

Metalized films are similar to dyed automotive films in that they both filter out heat by reflecting them. But instead of using dyed particles, it uses metallic materials to block sunlight. These particles are embedded into the auto tint and are invisible to the naked eye.

Another key point to keep in mind is its ability to further strengthen your windows. For instance, if metalized films are installed to your side windows, its shatter-resistance will increase dramatically. Furthermore, they are highly effective for glare reduction and have higher scratch-resistance in comparison to its predecessor.

Though it may have a more expensive price tag, they are created to be durable enough to last for a long time without fading. But drivers should realize that its metal particles can block signals for most electronic equipment.

Hybrid automotive films take both metallic as well as dye particles and infuses them into one — creating a tint that provides both of their advantages while lessening their disadvantages. One of the most commonly used combinations is titanium and grey dye.

This combination is great for car owners who don’t want to use films that are neither too dark nor too reflective.

Carbon tints are often preferred by those who want to improve the aesthetics of their vehicle due to its unique matte-finish. And in terms of blocking heat and UV rays, its carbon material obstructs around 40% of the infrared radiations we mentioned earlier.

Another great advantage of this kind of tint is its durability. It doesn’t fade like dyed automotive film, making it a great investment!

Those who want to tint their vehicles window darkening their windows should do great with crystalline films! Though it doesn’t use a dark automotive film like most tints, it’s still effective in terms of blocking UV radiation and heat!

Considered as one of the high quality automotive film in the market, ceramic tints are best known for their nonconductive materials. And though it’s relatively new, they often come in expensive rates for their proven performance.

In comparison to the aforementioned film, they can block up to 50% of solar heat without affecting the driver’s visibility. They also provide stronger resistance to both fading and glare while increasing the shatter resistance of windows.

Regardless of the type of automotive film you choose, window tinting is sure to be worthy of your investment.

How Automotive Film Should Be Installed

Because of the growing demand for window tints, a brand new niche has been created; tint kits. They are pre-cut pieces of films that allow car owners to tint their cars themselves, lessening the costs they have to spend. But despite the number of people buying these kits, the question of whether consumers are really saving more money is still there.

You may be able to purchase yourself some of the best automotive window tint out there but without good quality application, you may end up spending more.

A point often overlooked in window tinting is the intricate process it goes through. While it may be true that it’s possible for drivers to DIY this type of project, inexperienced installers may have a hard time getting the job done in the first try.

And if you mess up for instance, your rear windows, you’ll have to get the tints removed which comes at a different cost. With this in mind, experts often suggest having them professionally installed!

Do Car Dealerships Do Window Tinting

Another trend brought to life by increasing demand are tinting services within car dealerships.

Frankly speaking, it’s easy for new drivers to simply stick by their dealers should they be offered the service. But this poses the question of whether or not they can guarantee great service. Like we’ve mentioned earlier, auto tinting is a delicate project that requires specialization.

Sticking by your dealer might help you save time and even resources but improper installation can lead to more problems. Application alone can affect the performance and longevity of the auto tint. In the end, it’s best that drivers stick with experts!

It’s understandable for fairly new car owners to be intimidated by the cost of professional installation, but if they look hard enough, there are providers that offer cost-effective services like SmartFilm!

The great thing about tint shops is they offer guarantees that most tint kits don’t have. If their customers are not satisfied with their work, they can easily come back to have things fixed.