Improving Home Security: A Guide to Safety And Security Film 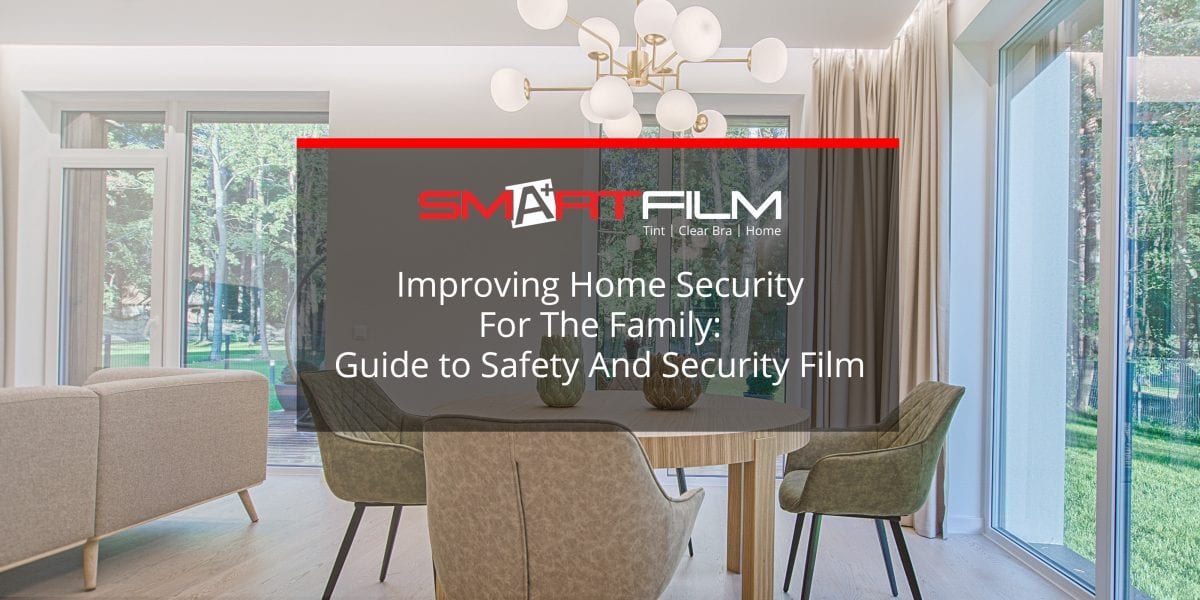 Improving Home Security: A Guide to Safety And Security Film

Taking a quick glance at the architecture of modern homes, there’s a growing trend of glass windows. As a matter of fact, there’s an increasing number of homes with pure glass walls — and for good reasons. This is where safety and security film can help your home.

Aside from enhanced lighting and substantial aesthetic value, provides uninterrupted views recommended by a lot of naturalists. For instance, modern-day architectural designs often take the presence of the natural environment into account when coming up with designs. This is due to the extensive research that has revealed several benefits of daylight and views into the overall wellbeing of homeowners.

While it may be true that glass windows is the face of modern architecture and better living, it comes with its own disadvantages. One point often overlooked is the vulnerability of the home’s safety and security.

Luckily, there’s new technology available that can improve the vulnerable points of our homes. Though the general consensus on residential tinting is pretty split between those who swear by it and those who think its just additional expense, a lot of people give it a good consideration in terms of added safety and security.

Wikipedia defines Safety and Security Window Films as retrofit products made of polyester. They are applied to glass and glazing in the aim of holding glass shards together should it shatter. Though it’s similar to laminated glass, safety and security film for windows can be applied right after manufacturing or installation.

The material helps fortify doors and windows against intrusions and forced entries. Robbers would need more force to breach your home and this increased force could then result in louder noise — alarming you and your family. Additionally, the film can help save lives by preventing the glass become sharp projectices when subjected to major forces.

Aside from helping glass windows and doors become shatter resistant, security films have other features that provide added safety to your home. These are some of the most common functions of safety films!

There’s growing awareness around the vulnerability of tempered glass windows — especially when subjected to sudden and random catastrophic failure. Experts have said certain surface contaminants like nickel sulfide inclusions that are embedded in the glass could create explosive failure in the long run.

Correspondingly, this can create a sudden opening within your home that could expose it to much damaging elements. By all means, having protective safety films means your windows and doors are sealed for harmful winds or rain!

As noted earlier, security films acts as an adhesive for when your glass windows shatters. Without it, the flying glass can harm your family. Building codes in certain jurisdictions require glazing in terms of meeting safety standards.

Arizona’s Geological Survey has revealed that though most earthquakes in the region are relatively minor, hundreds are detected each year. Despite this, experts still insist that homes and residents remain prepared for the worst.

In like fashion, home owners are advised to give security films a consideration because seismic activity that causes building movement often result in glass breakage and fall out. The shattered glass can either land on the properties of their respective owners or that of their neighbors. This can then lead to bystanders getting hit by the flying glass.

Earthquakes are pretty unpredictable, but with safety films installed you can rest easy knowing your home has an extra safety net for unfortunate natural disasters.

It would be a shame if a beautiful home gets tagged by vandals — and unfortunately, they can be pretty hard to remove.

Homeowners who want to keep their houses safe from graffiti call on in window tinting companies to install security films. Shortly after being installed, they become the ‘sacrificial lamb’ that can easily be removed if damaged. Additionally, certain non-glass surfaces can be protected by safety films as well!

Explosions are rare scenarios new homeowners think about but under the circumstances of industrial accidents, it’s worrying to know that their glass windows is the most lethal hazard within their homes.

To illustrate the safety film’s ability to increase shatter-resistance further, experts have revealed they actually perform better than expected in such rare incidents. Additionally, certain installation techniques can increase its ability to hold the shattered glass in its attachment system.

Just like any other residential window tinting, estimates and installation costs depends on several different factors such as the square foot of your home, the scope of the job, and the kind and brand of the film.

For example, 3M’s security film could cost around as low as $7 per square foot to $15 and higher. Of course, it’s important to realize that 3M’s Safety and Security is on the higher tier of home tint brands. Hence, it’s pricing could be more expensive in comparison to other brands.

But fortunately enough, there are providers that can offer cost-efficient 3M Safety films — you just need to shop around. Another key point to remember is that each installation cost differs from one company to another provider. Make sure to go around asking price estimates to make ensure your expenses don’t go over your budget.

Why It’s Worth the Investment

Another key point that must be remembered is that home tints, in general, offer other features besides security that can help improve your way of living and spending! For instance, it could help keep your home cool with sun control.

Residents in dry cities like Mesa, Arizona spend much of their money on electricity bills cranked up by air conditioning. Having residential window films installed means your home can become more energy-efficient with less heat coming from the sun. Additionally, it can help protect your family from UV rays!

It may seem like home window tinting is another expensive cost to your pockets but it’s an investment that can yield long-term results. There’s no need to be intimidated by the price of safety and security window films as certain providers offer cost-efficient prices that increases the level of protection your glass doors and windows provide!