A Comprehensive Guide to Clear Bra on Cars 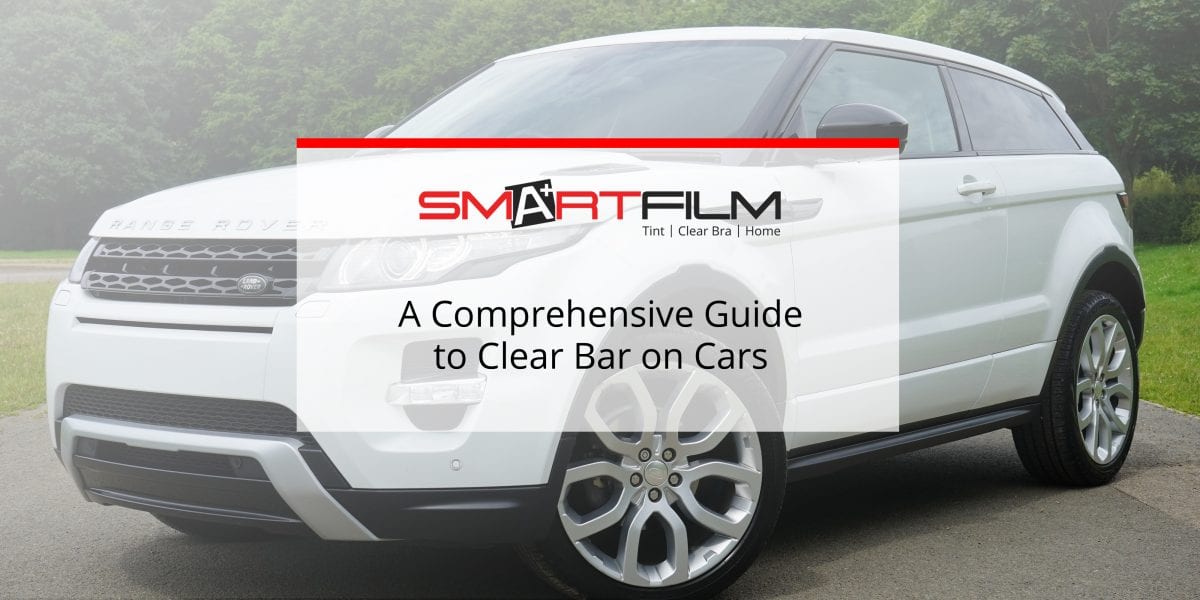 A Comprehensive Guide to Clear Bra on Cars

A driver’s car is more than just a statement and an outer reflection of their personality, it’s one of the greatest investments they can make.

The longer drivers can keep their vehicles looking new and well, the better they’re off. Unfortunately, harmful elements like road debris and rock chips can be commonly found in the Arizona desert, meaning drivers in Phoenix are more prone to faded paint and dents.

With that mind, Smartfilm is here to give you a comprehensive guide on clear bras!

What It Actually Does

Clear bra for cars or paint protection films are made up of urethane film that protects a vehicle’s paint against common road debris. Drivers commonly associate with a cling wrap for damage-prone areas of cars.

While some may say that clear bra installation can be done at home with a few pre-cut films like window tint, experts believe they should be done by professionals. Unfortunately, most drivers are intimidated by the cost of clear bra.

But what a lot of car owners don’t understand is that, most of the films are custom cut and offer great features that’s hard to come by. Here are some of its wonderful benefits that makes the cost worthy of your hard-earned money!

Paint protection films are commonly known as self healing films. Once installed on vehicles, they don’t require much maintenance aside from the usual washing and polishing.

Should the film get damaged or scratched, it will eventually heal itself within the matter of hours. The healing process takes place once the clear bra is exposed to the sun. As the film heats up, its adhesive spreads and pulls the damaged parts until they are smooth.

Drivers can speed up this process by using a heat gun or hot water to help it heal within minutes. The heat won’t affect your vehicle badly, in fact it will help it look far better!

The Film Really Is Clear

If installed by an experienced professional, clear bras can become clear enough that the film becomes unnoticeable.

Regardless of whether they are parked in direct sunlight, people won’t notice a thing! Drivers can maintain both their vehicle’s paint and their sense of style on the road with professionally installed paint protection films!

This is one of the several reasons why the majority of experts believe that the cost of clear bras are worthy of a driver’s investment. Professional installation helps films look better and last longer.

Installing the film yourself might erase the anxiety of what might the answers be to your search query of ‘clear bra for car cost‘ but it poses the question of whether it really saved you money.

Clear Bras Are Easy to Remove

High-quality clear bra films last for years without discoloring or yellowing but should they happen, clear bras are easy to remove.

They peel off without damaging the paint or the clear coat underneath. If you choose to, you can install a new clear bra as soon as the old one’s residue is cleaned up. But if not, your paint should look as pristine as it was the day the bra went on.

It’s important to note that putting a clear bra on car exteriors won’t make them invincible. Think of it as a shield between your car’s paint job and the elements. If you kick up a piece of gravel on the road, it will hit the clear bra rather than your paint.

In most cases, the film will get scratched while the paint beneath the film stays as good as new. But if the debris that hits your car is big enough, it can and will scratch the paint underneath.

Clear bras protect the hood and nose of your car, not the entire car. This means you’ll still need to wash and wax your ride to keep the rest of it in good shape. Use a high-quality soap specifically designed for cleaning your car’s exterior. Dish soap and other household detergents leave behind a residue that can cause the bra to look cloudy.

Once you get rid of the dirt, you’re faced with a new conundrum: how to polish clear bras on cars. This sounds more complicated than it really is. All you need to do is use the same wax you’re using on the rest of the car.

The key to how to polish clear bras on cars is to use microfiber cloths to buff out the wax. These clothes pick up the excess wax without leaving fuzz or fibers behind. The result is a perfectly clear and vibrant paint job that’s sure to stand up to the elements with ease.

It’s Worth the Investment

There will come a time when you’ll want to sell your car or trade it in for a newer model. You’ll always get a higher price if the car looks pristine. Installing a clear bra on a car will keep your paint job looking like-new for far longer. You won’t have to worry about sun damage and most minor scratches and dings won’t do any lasting damage.

Since they’re incredibly easy to care for and maintain, you won’t add to your regular upkeep schedule or budget. Just make sure you get the film installed by a professional. Otherwise, you could end up with an inferior layer of protection that makes your paint vulnerable to damage.