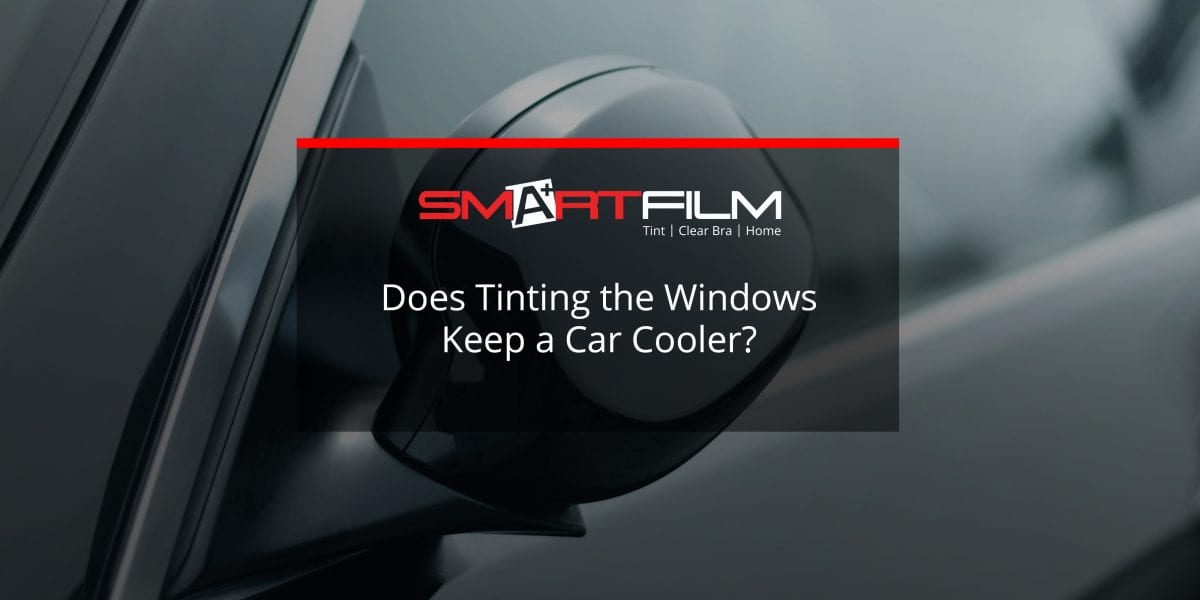 To claim that Arizona gets hotter in the summer could probably be one of the greatest understatements one could make about the region.

Between the intense sun and its triple digit uncomfortable temperatures, Arizona can effortlessly turn cars on parking lots into moving ovens. And almost every driver around the world knows that incoming heat can ruin a lot of things for them like the car’s interior.

With that in mind, they are more than willing to do anything they can to keep their cars cool. Yet despite this mindset, a lot of them still ask the question of: does window tint really keep cars cooler?

Admittedly, questions of such nature are pretty understandable. There’s a common notion that auto window films often cost an arm and a leg, for understandable reasons.

If you wanna learn more about window tinting and what makes it a great investment, then keep on reading!

How It Actually Works

Unlike the common misconception that tints are for aesthetic purposes only, they actually offer various features like heat reduction and UV blocking. Furthermore, different types of tint carry properties that can increase safety and privacy!

At its most basic level, window films are made up of clear polyester film alongside an extra thin layer of agents such as metals and dyes. They are purposely created to reduce heat by rejecting the maximum amount of thermal rays that the sun produces. Its materials can block the excess heat from entering your interior while allowing enough natural light to enter your car.

How much heat does tints block? It depends on the different stade and types of tint used. While it’s true that all tint reduces interior heat, drivers should keep in mind that tint percentages vary depending on the kind of tint you pick.

Other Wonders of Car Tints

As mentioned earlier, window films offer so much more than just lessening the heat of your car — but not a lot of drivers are well aware of this. With this in mind, we’ve listed down some of the other wonders of window films that make them worthy of your investment!

You know that the sun’s UV rays are harmful to your skin. But did you know they’re the reason your car heats up in the first place? UV rays transfer a lot of the sun’s energy right through your vehicle’s windows. The insulation in your car then traps the heat, letting it build up until you could bake cookies on your dash. Window tint film blocks up to 99 percent of those UV rays.

It Keep You Secured And Protected

As mentioned earlier, tints actually help increase the overall privacy and security of a vehicle. And while all films are created for this need, there are certain tints that do it better than most. For instance, the material of films like carbon tints and ceramic tints help protect the personal belongings you often leave in your car better in comparison to dye tints due to the materials they use.

Think about the other things you want to accomplish with your tints before picking one to install on your vehicle.

It’ll prevent people from easily breaking in and if your vehicle gets into an accident, the tint will hold the broken pieces of glass together. It will prevent the shards from flying everywhere and causing more harm to you and your family.

One of the more common reasons behind accidents are glare. And while some may argue that window screens can help in keeping the sun away from the eyes of the driver, they may not be as effective as window films.

Films like metalized tinting as well as ceramic tinting have effective glare reducing properties! Not only will they be able to protect you from the sun but from drivers who forget to dim their high beams while driving!

Absolutely, yes. Tinting your car’s windows will help keep your car more comfortable no matter what the weather is like outside. But that doesn’t mean it’s the be-all-end-all option.

It’s Not the Only Thing You Can Do

Tinting helps keep your car cooler, but there’s always more you can do to keep the heat out of your ride. Use reflective window screens in the windshield and rear window. And whenever possible, try to park in the shade. These steps will help the window tint perform more effectively while blocking out more of those harmful UV rays. Remember, the less sun that gets through your windows, the cooler your car will stay.

And if you’re in need of quality window tint installation, stop by SmartFilm serving the communities of Phoenix, Mesa, Apache Junction, Gold Canyon, Chandler, and Gilbert.