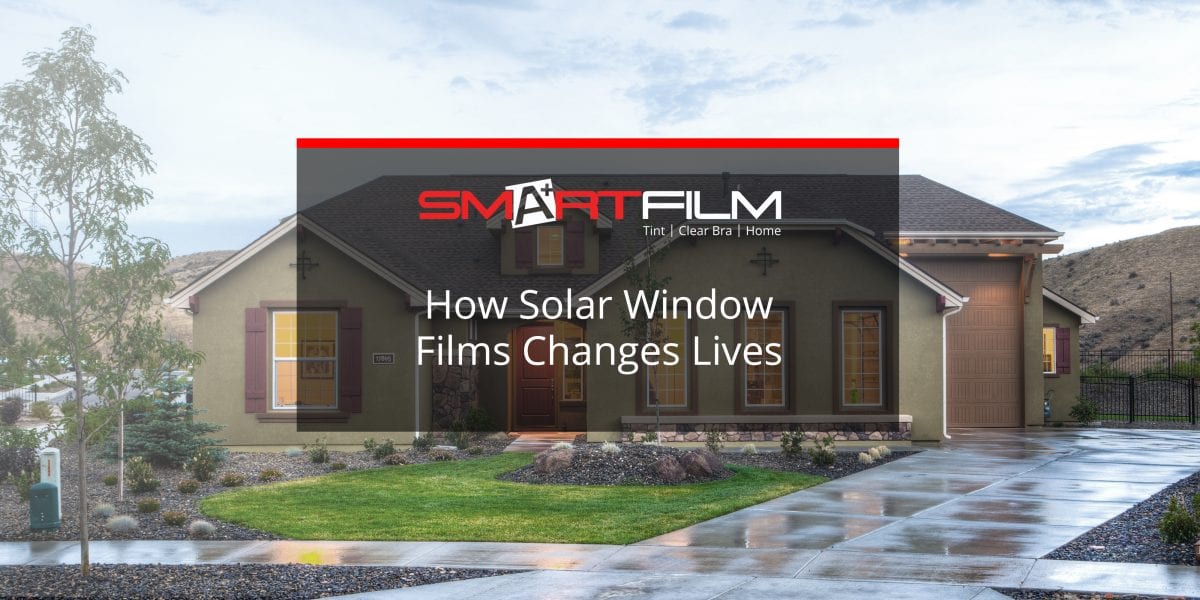 The use of great spans of floor-to-ceiling glass windows have played an important role in modern architecture and contemporary home planning. Though initially observed in commercial construction, most homes nowadays have large glass walls — and this isn’t just because of its aesthetically pleasing look.

One of the many latest trends in modern architecture is sustainable homes. After the US Energy Information Administration said that homes are responsible for nearly half of the CO2 emissions the country produces, the trend ensued. Architects are now being urged to use as many sustainable features as possible in planning homes.

And while it may be true that glass windows have the great ability of improving the energy consumption, it has a few disadvantages that people often worry about like expensive costs and excessive sun exposure.

Excessive exposure to the sun can cause several issues for homes like heated rooms and faded furniture. These advantages leave people unsure of whether home tints are really worthy of their hard-earned money.

Thankfully, today’s technology has allowed for great inventions that alleviate this issue; solar window films! Solar films only scratch the great service of residential window tinting and with this in mind, let’s first discuss home tints.

Residential tinting is a pretty common practice for homes located in relatively hotter regions due to the demand for solar control. But in other parts of the country, most homeowners view it as a luxury.

Admittedly, this perspective is expected by most tinting experts — afterall, a lot of people do use decorative window films with the hope of making their houses look cooler. But what a lot of people don’t realise is that residential tinting actually offers so much more than great looking windows and heat blocking.

Depending on the kind of film you use, residential tinting is capable of improving privacy, increasing safety and security, glare reduction as well as protection against excessive heat and UV rays. And one of the commonly used tint is residential solar window film!

What Solar Films Really Are

Solar window films — also known as solar control window films — are a kind of residential tinting often used as defense against excessive heat and damaging UV rays. While some people may argue that traditional window treatments like blinds are just as effective, albeit more cost-efficient, traditional blinds don’t work for extreme hot climates like the one Arizona has.

Solar film for home windows are capable enough to block 99% of UV rays without drastically changing the natural light most homeowners enjoy. These reflective films successfully reduce fading and excessive heat by reflecting the harmful UV rays, heat and glare that causes you discomfort.

How Much Does Solar Window Film Cost?

There’s a general consensus that professional tinting, whether automotive or residential, is relatively expensive — but it comes with reason. Though there’s been an influx on easily purchased tint kits, most experts still suggest having films professionally installed due to its intricate process.

With this in mind, we’ve broken down the current estimates for home tinting! Homeowners must realize that professional tinting estimates are composed of the cost of their chosen film and the application fee. For instance, the average estimate of $591 may change depending on their chosen film.

The cost of films ranges from $2 to $100 per square foot and solar films fit in the range of $8 to $14. On the other hand, service fees for installation range from $5 to $10 per square foot.

Another key point to keep in mind when it comes to estimates is the type of window to be tinted. Additional fees may come depending on the kind of windows your home has! Admittedly, it’s pretty normal for homeowners to be skeptical of these prices but as mentioned earlier, professional installation comes with reason.

Why Professional Installation is Worth It

There’s a great number of people who swear by professional tinting but despite this, a lot of homeowners still have second thoughts on the service.

A point often overlooked on tinting estimates are the professionals who install these films into homes. Great tinting shops train their people to learn the latest techniques and tools for residential tinting. Customers are guaranteed that the installation team will get the job right the first time.

Additionally, these tinting experts are also trained to conduct quality assessment and improved customer service. For instance, if one client comes back unsatisfied with the job they’ve done, they won’t hesitate to fix it! Most tint shops offer guarantees to each installation job they offer.

Another key point to keep in mind is the potential to save more money! There’s a common misconception that homeowners will save more if they took the DIY route by purchasing pre-cut films.

While it may be true that tint kits can help you spend less on upfront costs, you might end up spending more if things don’t end up the way you want them too. For example, if you accidentally left out bubbles upon installation, you’ll have to get the adhesive removed which comes at an entirely different cost.

The price of window tint removal alone could put your savings to shame. Hence, it’s best to let professionals handle this complicated project!

With the new decade coming in, now’s the best time to implement some great home improvements! Make the most out of your greatest investment in life by having solar films installed with the help of SmartFilm’s installation team!