The Common Types of Window Film for Automotive Tint 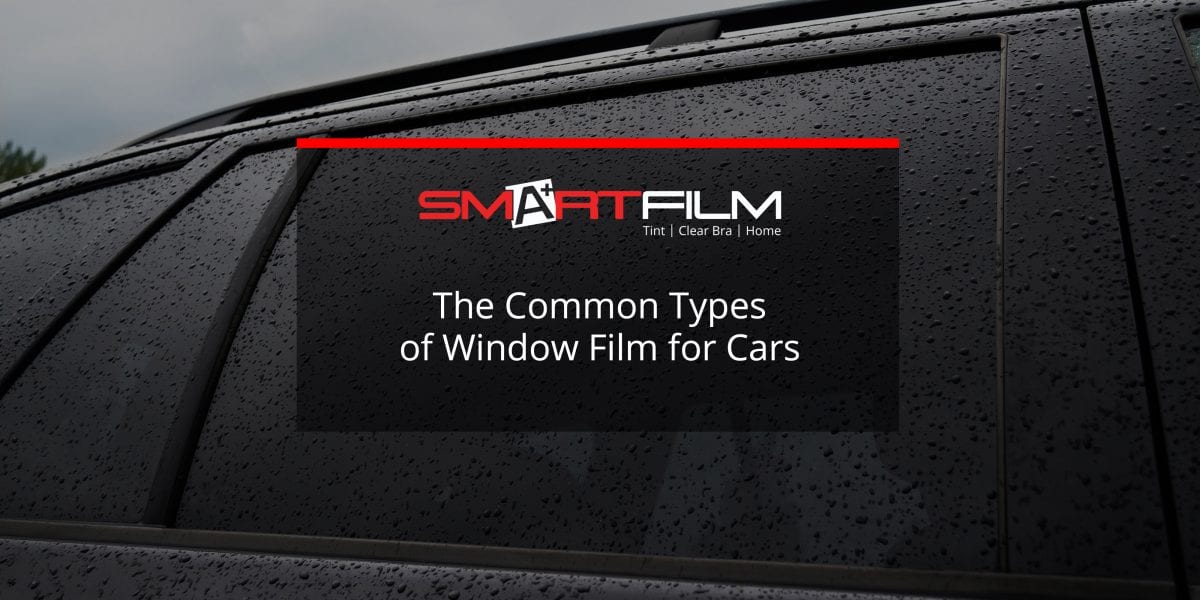 The Common Types of Window Film for Automotive Tint

Drivers who recently became new car owners often have the same thing in mind; protecting their new ride. Of course, no one would want their new car to gain scratches and a damaged upholstery within its first few months. With this in mind, car owners would purchase seat covers and other accessories like a type of window tint to protect their vehicles from any harm. We’re here to help you find the best kind of window film.

A point often overlooked is that each kind of car film has its own features unique from other types. For instance, some films are made for car owners who want seamless tinting while some are made for those who want a sleek look in their cars.

Whatever your type you may want to get for tinting your car, it must be remembered that these types of auto window film comes with different add ons and a different price tag. So before deciding which film to install on your car, learn more about the different types of window tint!

There are about a hundred different types of window tint for cars available in the market nowadays — and this is because window tinting has become a common practice. Despite this, there are six types of window film commonly offered by tinting shops.

This kind of car tint is made by playing a layer of dye between an adhesive layer and a protective top coating made of polyester. The adhesive layer sticks to the window glass while the top coating prevents nicks and scratches. Additionally, dyed films can block about 5% to 50% of the sunlight and heat from entering your car.

With this in mind, there are several reasons to consider dyed window tinting. For one, it produces the darkest effect and is non-reflective. Another key point to remember is that it does not block radio waves — meaning it won’t interfere with an in-glass antenna.

Aside from this, it reduces fading from sunlight and helps block unwanted glare from bright lights like headlights. In summary, dyed film is the most cost-effective film available.

But, being the cheaper kind of film, it also has its disadvantages. For instance, when installed incorrectly, it can result in an unattractive bubbled appearance. Another important thing to point out is that some installation experts say it doesn’t block as much heat as other kinds of films. Furthermore, the UV rays of the sun could break down the dye overtime.

In comparison to dyed tint, metalized window film consists of several other layers. It has a base layer of adhesive that connects it to your window, followed by another layer of film that blocks UV radiation that is also bonded to a metalized layer. Lastly, it has a top coat of protective film that is scratch-resistant. In addition to this, it often blocks out everything except ten to forty of the light.

Metalized film is effective at blocking heat since it reflects it before it even enters the car due to its metallic particles. As a matter of fact, it also blocks glare very efficiently. And unlike dyed film, it does not fade over time and is extremely durable.

Despite it being a much better type compared to dyed, metalized window tinting still has its own disadvantages. For one, it can interfere with radio technology and cell phone signal. Contrastingly, it has a very shiny appearance due to its metal content. Furthermore, it costs more than dyed tinting.

Hybrid films are designed to provide car owners with the pros of both dyed and metalized films but without their cons. It consists of an adhesive layer, a dyed layer, a metalized layer, and a protective top coat bonded by laminating adhesive.

One of the great reasons why most people prefer hybrid films is because it blocks both heat and UV rays effectively due to its metal content. Contrarily, it doesn’t interfere with cell phones or radio signals because it has less metal compared to metalized films.

Another key point of hybrid tints is that it has increased durability and reduced fading. Additionally, the film is less expensive compared to metalized films.

This kind of car tint has fewer disadvantages that its original counterparts but it’s important to realize that it’s more costly compared to the basic dyed film.

This newer type of film consists of an adhesive layer attached to a thin ceramic layer and is protected by a top coat. Its ceramic particles reflect heat and darken the car windows, blocking out all but thirty to fifty percent of the light.

A few pros of ceramic window tinting is that it doesn’t fade unlike dyed films. It’s also not as reflective as compared to metalized films. Be that as it may, it has one main disadvantage; its price. Undoubtedly, it’s the most expensive option for window tinting.

As mentioned earlier, the different types of window tint for cars comes with their own features as well as different costs. It’s important to realize that each price per kind of tint may change depending on the type of vehicle and size of its windows. What’s the best type of window tint? It really depends on your needs!

Other things to remember in preparing to tint your car is whether you’ll do it by yourself or get an installation job with a tinting company. It may be tempting to just DIY the process but a point often overlooked is that this could result in poor tinting jobs. Without a doubt, professional installation carries a different advantage when compared to DIY tint kits. It may come with a much costly price, it will benefit your further in the long run.