How to Find the Best Window Tint Film For Your Vehicle 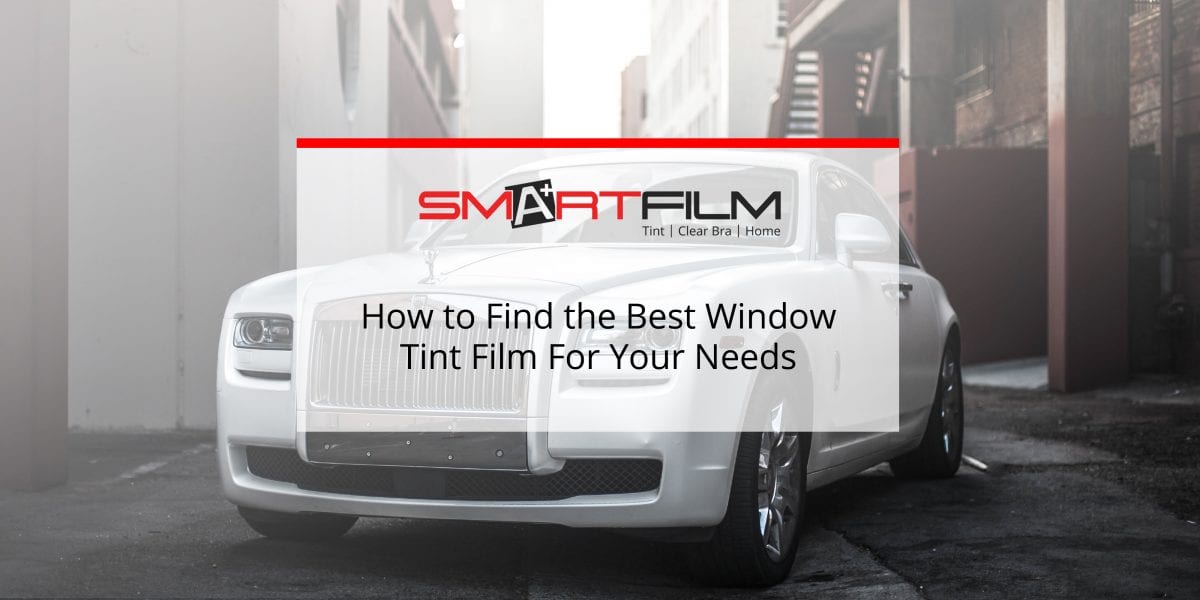 How to Find the Best Window Tint Film For Your Vehicle

Though the process of window tinting may seem like an easy task, the variety of the different types of window tint film available can be pretty overwhelming — especially for relatively newer car owners. While it may be true that most types of window tints are made for the purpose of protecting vehicles from heat and sun damage, not all the films are created equal.

Searching For The Best Window Film

To make the decision-making process relatively easier for new drivers, we’ve listed down some of the steps needed in searching for the perfect tint!

Learn About The Different Kinds of Window Tint

A great way of narrowing down your choices is by learning the different types of tint available in the market today. As we mentioned earlier, most installed window tints create protection against heat and UV rays. But aside from this, they each have a unique feature that’s hard to find in other kinds of film.

At the most basic level, tint films are divided into two basic categories: non-reflective films and metalized films. Traditional non-reflective tints provide both heat and glare control by solar immersion.

One of the most common non-reflective tints used is dyed films and it has the ability to provide increased optical quality and clarity with the help of great glare control. However, it’s important to note that they are less effective in controlling heat in comparison to metalized films.

On the other hand, metalized tints prevent sun damage and heated interior by reflecting sunlight. While it’s effective in improving privacy and is a great defense against harmful UV rays, some states don’t allow metallic, reflective tinting. Additionally, reflective coating could potentially interfere with cell phones or GPS.

Aside from the basic categories mentioned above, tints are also categorized depending on the material used on them. The three commonly used materials are dyed film, carbon film, and ceramic film.

Dyed tints are the most cost-effective option available but it has the highest chance of fading over time. On the other hand, carbon films are dense and strong with low discoloration rate. However, it can create problems when it comes to glare and haze.

Lastly, ceramic window tint film reduce these issues while providing high heat rejection. The only downside is that it has the tendency to oxidize and fade quickly.

Aside from the type and the materials used on the tint, you’ll also have to determine the kind of features you want your tinting to have. For instance, there are films made to be scratch resistant and ones that are made to reduce glare. Here are some of the important attributes you need to make note of:

Use these three factors to determine whether the tint is perfect for you and your needs!

State laws are probably the most important factor you need to keep in mind in terms of deciding the type of tint film you’ll use.

Each state has their own regulations on which color, reflectivity percentage and tint percentage are allowed. If you’re not well-versed enough on tinting laws, don’t be afraid to seek the suggestion of tinting experts and tint shops!

Once you’ve determined the kind of  tint film you’ll be using, you’ll then have to think about how it will be installed. And unlike before when the only way to get your car tinted is by having it professionally done, car owners can now DIY this project!

The rise in demand for window tinting has also resulted in the rise of tint kits or tint film rolls. People nowadays can easily buy window films online. These pre cut window films allow customers to tint their car themselves, lessening the cost that they spend. And while it may be true that some people prefer this, it poses a question of whether it really allows them to save more money.

Quality products won’t be as effective without high quality installation. For instance, poor installation on your side windows can lessen its lifespan and effectiveness regardless of whether they’re 3M Window Tint Films or not. And if you really mess things up, you’ll end up spending more on its removal and reinstallation.

That’s why most experienced drivers stand by professional window tint film installations. Though its upfront cost is expensive, you’re guaranteed to save more in the long run!

To ensure that you get the most out of your investment, you need to look for the right installer. With this in mind, here’s your guide in finding the perfect installer!

One of the greatest ways you can look for suggestions is by asking around family and friends. Talk to those whose car windows are tinted for some firsthand information about their own experiences and some advice.

Check out their installers and see if they offer the tints and services you need!

Check For New Trends And Manufacturers

As technology continues to develop, it’s best for you to hire installers that keep themselves updated with the latest trend. Their experts should be knowledgeable about the different tints available in the market and the various state-of-the-art tools used in installing films.

Don’t be afraid to check out the manufacturers they’ve partnered with!

While there’s nothing wrong with trusting the words of your closest friends, it’s not a crime to review other reviews available. When you’re looking up some of your prospect window tint film shops, check out the feedback written about them.

This will help you gain a better perspective about their experts and their services in general. Additionally, don’t forget to check out their guarantees and customer services as well.

Narrow down your prospect installers and make some time to visit them personally! By doing this, you’ll be able to get a feel for their installation team and get the chance to talk to their management.

Don’t hesitate to ask for estimates and if they have a compilation of their previous window tint film jobs, ask them if you can inspect it. A great tinting company, like SmartFilm, won’t have second thoughts answering any of your queries.

Before car tinting became a normal thing for drivers, consumers often think it’s only used to make cars look great. Show car owners and enthusiasts were the only frequent customers of tinting shops until recently. Yet despite its growing popularity among consumers, there’s still a good number of people who doubt its effectivity.

Thankfully, there’s now enough scientific evidence proving its effectiveness. For example, one of the more well-known claims around car tinting is UV protection— and recent studies have revealed that window tints can reflect up to 60% of the sun’s light and heat. Additionally, institutions have called window tints a great defense mechanism against skin cancer.

Advancements in technology and manufacturing of the products have improved its performance in glare reduction as well as heat reduction. Furthermore, newer types of tints now features added protection to cars! Consumers can now find films that are made specifically for concerns such as privacy as well as safety and security.

If a driver wanted to reinforce his windows, he can easily look for tints created for reinforcing shatter resistance. And if a driver lived wanted to feel safer about leaving his belongings in his vehicle, he can opt for privacy-focused tints that prevent people from seeing outside in.

Car tint films offer several benefits to both the vehicle and its owner. Meet up with our installation team today and let’s discuss how we can make the most out of your investment!