What is The Best Car Window Tint Material? 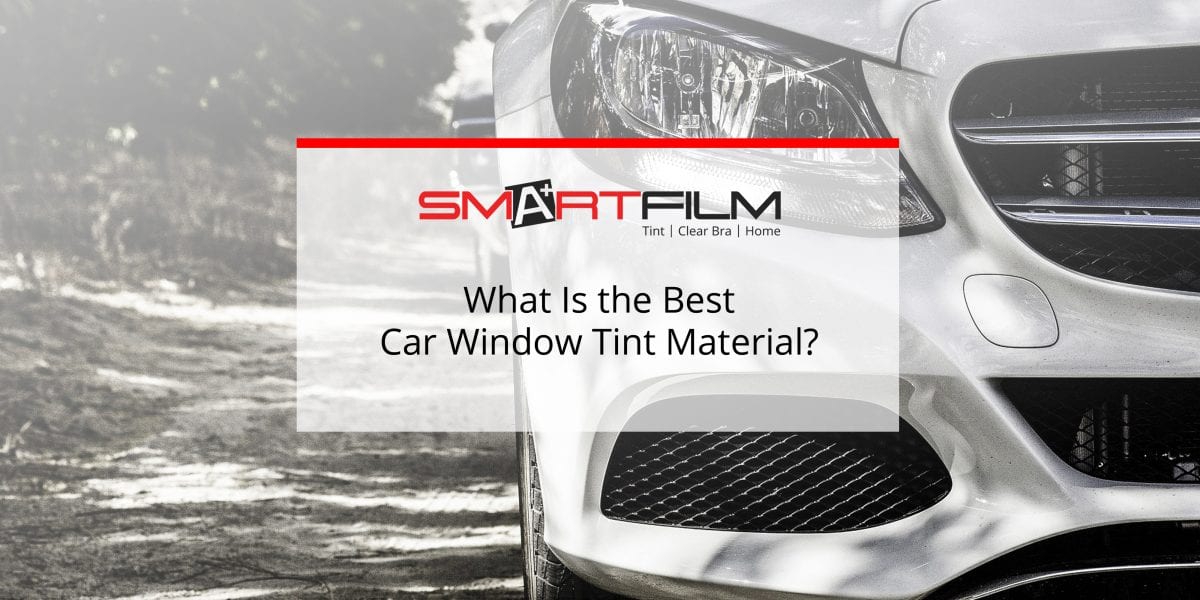 What is The Best Car Window Tint Material?

Depending on the needs of a car owner, there are several types of window tints available in the market —  each one specifically made to one concern. For instance, those who want to improve the shatter resistance of their windows have metalized window tints. All the while those who want a normal looking tinting film have hybrid window tinting.

Whatever their need may be, there’s a window tinting film for it! And while it may be true that each kind of tint offers plenty of protection to cars, there are some that have quality substance  like ceramic tinting films.

It’s understandable for people to be unsure of whether ceramic tints really work. Not a lot of people prefer this specific tint due to its intimidating price tag. With this in mind, we’re here to discuss what makes ceramic films the best tints out there!

What Are Ceramic Tints?

Ceramic tint is a type of window tinting made up of microscopic ceramic nanoparticles held together on an adhesive film. These nanoparticles cannot be seen by the naked eye, resulting in a clear film that sits completely flush against your car windows.

The film blocks up to 50% of solar heat while still allowing maximum visibility, day or night. It has a higher resistance to harmful UV rays as well as glare and fading in comparison to other tints. Additionally, it offers superior shatter resistance.

While it may be true that it has a higher asking price, it does offer distinguished features.

There are certain tints that have features available on cheaper options but as for ceramic tints,  it has several benefits that other kinds of tints don’t offer.

Here are some of its great benefits that makes it worthy of your investment!

Surely, dyed tinting films can last for a few years without issues. But once it has been constantly exposed to the Arizona sun, heat, and dust, they often start bubbling or peeling.

Once this happens, car owners have no other choice than to remove the tint and have it reapplied. Luckily, ceramic films are made to be durable enough to last a long time. And unlike other tint materials, it ensures customers it won’t fade over time.

Admittedly, even the cheapest options  available in the market can block heat and UV rays but ceramic tint does it better than most.

It blocks 99% of the sun’s UV rays and should you invest in infrared ceramic material, it also features heat reduction properties hard to find in other types of tint.

It’s important for people to realize that the sun’s infrared rays are the reason why your car gets hot. When both of these kinds of rays get blocked, it’ll be much more comfortable to drive during the summer.

Because of the technology used in ceramic tint material, it has the ability to massively reduce the amount of reflection and glare caused by the film. Its ceramic particles absorb the light rays, preventing penetration and reducing glare.

Unbeknownst to many, there are certain tint materials that block radio, cell phones, and GPS signals from getting in or out of the car. This concern is especially most common to metalized window tints.

Keeps Your Windows from Shattering

Improved shatter resistance is a common feature for most types of tints but ceramic tints offer a stronger protection against glass shards.

For instance, the film will be able to hold together broken pieces of glasses caused by an accident. It will prevent it from flying across the interior of the car.  Your windows will remain fixed in place and you’re left unharmed!

Another common feature for most tints is increased privacy but what makes ceramic films better than most is its durable material. It will shield all the valuables you left in your car while maintaining great visibility as you operate your car.

This is a great way of avoiding burglaries of any sort and the fact that it has superior shatter resistance ensures you that anyone or anything that tries to get into your car will have a hard time shattering your windows.

Where will it Work Best?

Ultimately, there’s no limit to which kind of car can use ceramic tints. Just like normal tints, they can be custom cut to fit the size of your car windows. In the end, it’s all a matter of making that investment.

Ceramic films are regarded as high-tier window tinting — hence, it adds more value to any car its installed on. Should you decide to sell your vehicle years later, you can demand a higher value for it!

Don’t be discouraged by its price tag. While it may be true that they are relatively more expensive, there are tinting shops that offer great deals! Just make the time to look for them and make that investment!

Can You Install It Yourself?

The rising demand for window tinting paved the way for tint kits or pre-cut pieces of film. Some may say that this is the best, albeit the cheapest, way car owners can tint their cars. But this poses the question of whether it’s really cost efficient.

A point often overlooked in terms of window tinting is the intricate process it requires. If you’re someone whose installing tints for the first time, you’ll likely mess the job up. This would then require a window tint removal before new films are reapplied.

The cost and the time it would take you would then be doubled. To avoid this from happening, experts often  suggest having it professionally installed.

This way, you’ll be ensured that your investment doesn’t go to waste. Professional installation teams have the much needed experience and skills to guarantee great looking window tinting. Additionally, there’s no need for you to worry whether your tint percentage is legal in your state as experts are regularly updated on these regulations.

Protect your car and your investment by setting a schedule with SmartFilm!