What Is The Best Automotive Tint?

Home Window Tint What Is The Best Automotive Tint? 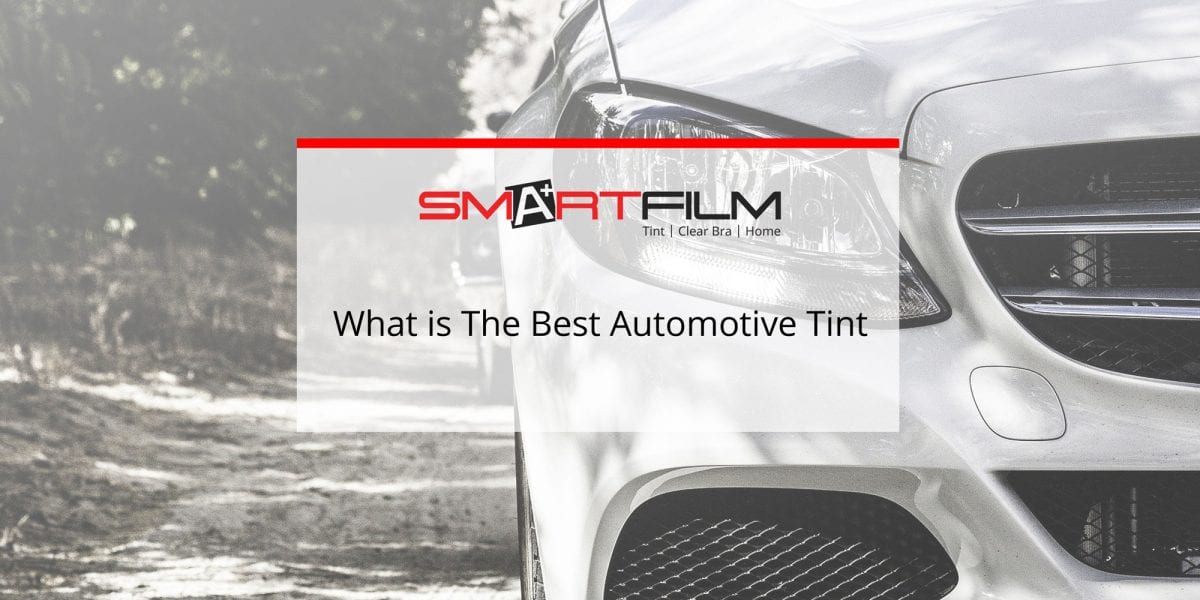 What Is The Best Automotive Tint?

If you live in Arizona, then you know that car window tints are a must for surviving its extremely hot conditions. Those who want to drive comfortably in its desserts, then you need to know what automotive window tint are, what they do, and how they work!

But now that automotive window film and other accessories such as protection films that shield vehicles grew increasingly popular, almost every driver in the country now wants to have their cars tinted. If you’re one of those people that aren’t really familiar with automotive window tint films, here’s a quick crash course!

Automotive films or window tints are thin laminated films that can be installed to the interior or exterior of glass surfaces and are known for its UV protection properties. And while it’s true that it’s famous for being able to block 99% of the harmful UV rays from the sun, they’re also commended for being able for its heat rejection and ability to reduce glare.

Ultimately, installing window films is a great way of ensuring you drive comfortably and that you keep your family protected from diseases such as skin cancer! Now if you want to know which is the best window tint in the market today, Smartfilm will help you answer that question.

Contrary to popular belief, there’s not really one great car tint — this is because each of the films available today are made to alleviate one specific issue! While films are generally made to be scratch resistant, glare reducing and UV-blocking, there are some that are made to focus on certain things.

For example, there are solar films that focus on UV protection and heat rejection while privacy films are made specifically for improving the overall safety and security of your car windows. Generally speaking, each tint available in the market today has their own speciality and how do you know if it’s the best for you?

Picking Out The Right Film

If you’re having a hard time choosing the right tint for your car, it’s totally understandable! The major advancements of today’s technology has brought us various high performance films, each created for specific concerns. Generally speaking, you only have to keep three things in mind when searching for the right film; your concerns, your budget and your vision!

Think about the reason why you want to tint your vehicle in the first place. Maybe your leather seats have started to fade, maybe the Arizonian weather is getting too unbearable for you or maybe you just want to spice up the overall look of your car! While films are generally built to have basic features such as UV and heat rejection, some come with specific solutions to certain concerns.

There are films that improve the overall safety and security of your car windows like hybrid films, while there are those that offer a great looking matte finish. As we’ve mentioned earlier, while there are basic features to be expected in different films, they often have a speciality of their own. So it’s important that you remind yourself of what you really want to achieve!

And with this in mind, think about your vision — what do you want your car to look like after? Each of the tints available in today’s market have different finishes, some have matte black while some have an almost clear finish. Think about the look you want to have and align it with your main concern.

Lastly, think about your budget. While it may be true that tints are cost effective solutions, some of the options available today are pretty expensive. Keep in mind that there are two costs that you need to account for; the price of the film itself and the installation. You can simply buy cheaper tint kits and do it yourself but this does not guarantee success in the long run.

Improper installation easily determines the life of your films. Regardless of whether you bought high end tints, their lifespan will deteriorate in no time if they aren’t installed properly. Instead of actually saving up, you’ll end up paying for more when it comes to its removal and reinstallation.

The versatility of window tinting is one of its best assets. There’s no one-size-fits-all solution, drivers have the freedom to pick out and customize the tints depending on their needs. And if everything still feels a bit overwhelming for them, they have tint shops like Smartfilm more than willing to help!