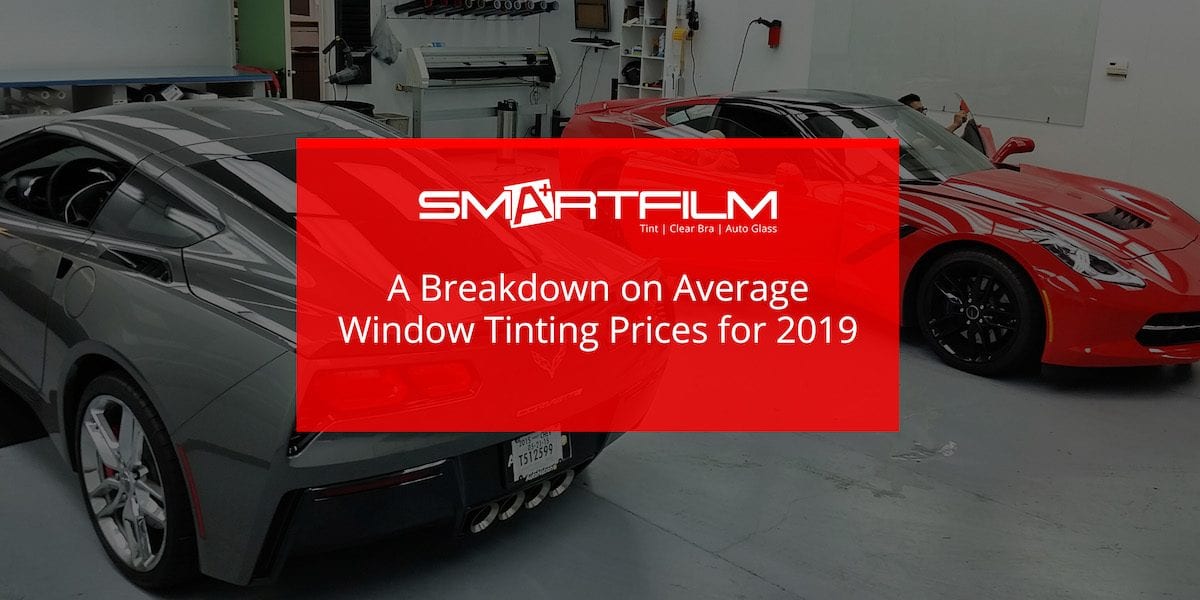 A great place to start is with an easy, cost-effective investment like window tinting installation. New car owners often start with the question of how much does it cost, before going to the next query of how to choose window tints.

A number of factors go into the car window tinting prices you pay, from the size of your car and whether you tint all or a portion of it, to the brand you pick and whether it has basic or premium features.

For example, some might prefer to save more money by purchasing a tint kit while some may choose higher service costs that come with additional features like a lifetime warranty.

To get us started, let’s discuss the common types of window films on car windows tinting.

There are hundreds of  types of window tint but at the most basic level, there are six common types. Each one offer different features like heat rejecters and UV protection.

Among the car window tinting films easily found on the internet, dyed film is a basic high quality product that blocks sunlight using multiple layers of dye. The dye soaks up solar heat and prevents it from entering your vehicle. Additionally, it’s opaque appearance increase privacy for cheaper cost.

Despite its high performance, it doesn’t provide the same level of protection featured on other kinds of films. It’s also important to note that dyed mobile tinting fades over time and would need to be replaced in comparison to other window tints.

Similar to dyed films, metalized tints helps sifting heat by reflecting it using tiny metallic particles. They are almost invisible and are embedded within it.

It has an added feature that strengthens windows. For example, a car window’s shatter-resistance will increase significantly when the it is installed. Moreover, it can be easily recognized by its shine and is durable enough to last for a long time.

Hybrid car window tinting makes use of both metallic particles and dye. It provides the positive effects of both kinds of films mentioned earlier while reducing its negatives.

A commonly used combination is titanium and grey dye because it’s neither too dark nor too reflective. It is decently bright and not too mirror like, providing decent privacy and great blockage from heat and UV rays.

Carbon window tinting has several other advantages compared to other types of window film. It features a unique matte-finish that makes it attractive to car enthusiasts. The carbon content it has helped block around 40% of the IR radiation that heats up the interiors of a car — that keeps it cool and slows down the fading of its upholstery.

Moreover, this kind of tinting services also helps save energy by reducing the need for cooling during summer or heating during winter. Carbon tints is also durable and does not fade.

Certain car owners prefer installing car tints without making them dark. Those who would prefer this option should use crystalline window tint. The film may not be dark but it will still block UV radiation and solar heat.

Additionally, those who ask what tint is legal in all the states but is unsure of the answer can rest easy with crystalline tints.

Ceramic window tint is one of the most high quality options available that contains non conductive ceramic properties. Though it’s certainly a newer type of car tint, it comes with a more expensive price tag due to its proven high performance.

The window film can block up to 50% solar heat without affecting visibility and has stronger resistance to fading and glare — making it a more effective and efficient alternative compared to other tints.

Aside from the type of car tint, the tint prices depends on the brand of the product. Popular brands of car window tint installed include Llumar, Solar Gard, Xpel, Huper Optik, and 3M. For example, a premium brand such as Llumar, for example, offers dyed, metallized, and ceramic films to choose from.

On average, car tinting services for your entire vehicle tend to range from $100 – $200 for a basic one and from $200 – $250 for a premium type. The usual all-around professional installation jobs involves the rear window, two or four door windows as well as four triangle windows.

A tint company’s quotation should include the installation services of basic, non reflective film. Additional charges would depend on the square foot of your vehicle’s window. If you only want to install tint on the front portion of your vehicle, each window or section will likely run you between $25 – $50, though oftentimes there are discounts for tinting your whole vehicle at once.

As mentioned earlier, the type of vehicle you have would, of course, alter the pricing of tinting services. Passenger cars usually have a price of of $100 to $600 while pick up owners are told to expect costs of around $50 to a whopping $500. This could further increase if the car has a slider window as it requires a different kind of tinting process.

The pricing for other cars such as wagons, SUVs, crossovers and minivans are around $200 to $800.

Other Notes on Tinting Your Car Window

Aside from the kind and brand of film you’ll be tinting your windows, there are other things you need to keep in mind that can affect your installation cost.

For one, if your vehicle already have pre-installed window films as most cars do now, you’d have to get it removed. Window tint removal comes with a separate cost and most providers offer this service as well aside from installation. For example, its price could range from $25 to $200 depending on the vehicle’s model and whether it has other special features.

Another thing to keep in mind is if you want to have your car windows insured. As mentioned earlier, automotive tinting costs often differ depending on whether it has a warranty or not. Some brands offer guarantees for one or two years while some providers offer life warranties.

It’s important to understand that you’re not just paying for the film itself. Each quotation comes with experienced installation experts and custom window cuts made for your vehicle.

Why You Should Invest

Those who want to spend cheap car window tinting would pick installing car tints on their own as the best option. All they have to do is purchase tinting kits that come with pre cut films and do it on their own.

Though it may be tempting to do the tint job on your own for a cheaper window film estimates, it’s much better to ensure high quality investment. For example, if you’re unfamiliar with your locality’s tinting laws, you could accidentally surpass the recommended tint percentage. This can result in you spending more on violation tickets but with the help of installation experts, you’re assured that you’re doing right by the law. Plus, the installation job would look more professionals.

Moreover, some providers can offer discount coupons or gift cards every once in a while — giving car owners a chance to access high performing car tinting without breaking the bank.

When it comes to choosing automotive window tinting, prices are an important factor to consider. Advice from a professional installer is a valuable thing. Call us today to learn more about your options and to get a quote on our installation services!