What You Should Know About Auto Glass Tint For Car 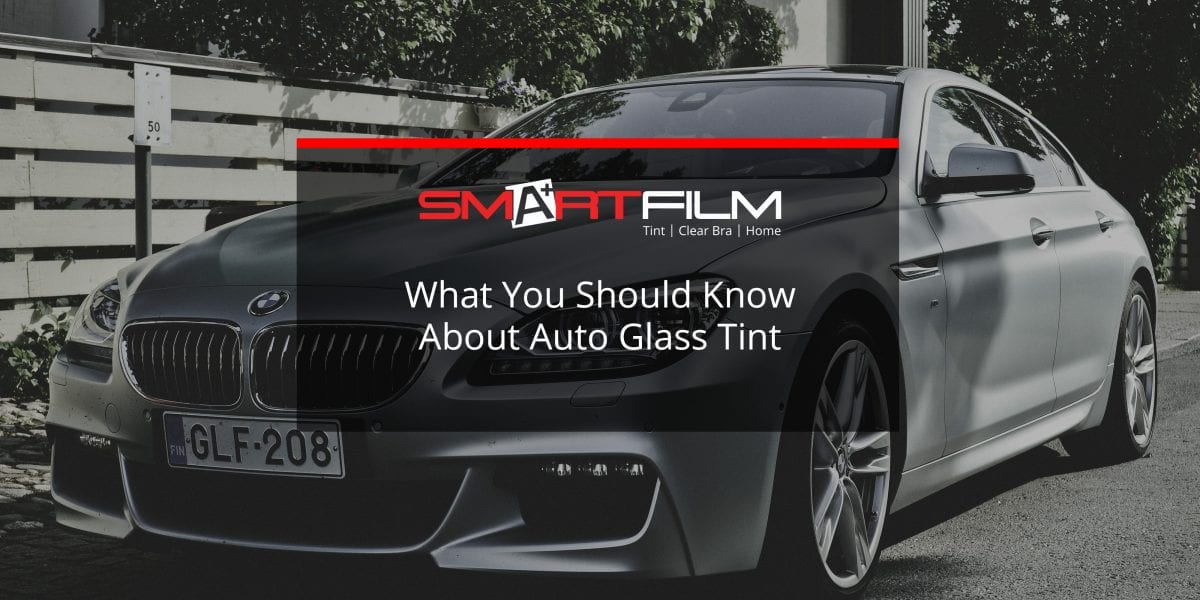 What You Should Know About Auto Glass Tint For Car

For Arizona residents, the heat and the sun can both be beneficial and bad. While the sunny climate of the region makes for a perfect exploration day, too much UV rays can be damaging for everyone. This is why auto glass film can help protect you while driving around town.

And because of this, locals swear by one measure: car window tinting. Auto glass window tinting is a norm for its residents due to its ability to reduce heat. But aside from this, tinting blocks harmful UV rays that can cause skin cancer as well.

Ultimately, tinting services offer great features for those in the hotter parts of America! And while this may be true, Arizona drivers would argue that car owners all over the country can benefit from tinted windows — regardless of their locality’s climate!

Here are some of the important things you should know about auto glass tinting!

One of the most commonly asked questions when it comes to glass tint is what’s the best type of film available in the market. The answer is, there’s no best window film.

Glass tints often have different additional materials in them and are made to alleviate one specific concern. Because of this, it’s really hard to identify if one film is better than the other. But one good rule of thumb when it comes to picking the best glass tint for your car tinting is to learn which films work for which concern!

Here are some of the commonly found types of glass films;

Known as the cheapest type of tint available in the market, dyed films offer the basic heat and UV protection drivers often look for. It uses dyed material between its adhesive and polyester top coating.

The film’s dyed particles help keep vehicles cool by absorbing heat. Furthermore, the dark appearance of the tint makes it the perfect choice for car owners who want to change up the look of their vehicles.

The metallic particles of this tint are what makes it thicker in comparison to dyed films. It features a treated layer specifically for UV blocking radiation while its metalized material reflects the heat and darkens the window.

Hybrid tints took the pros of dyed and metalized films and got rid of their cons — resulting in exceptional advantages for vehicles! Because of its dyed particles, the film is able to block more heat while its metallic materials keep it looking crisp and dark in appearance. It has glare control features to help you with harsh headlights, sun and bright reflections.

The major advantage of carbon films against the three tints we’ve mentioned above is durability. Unlike its predecessors, it doesn’t fade over time and can guarantee drivers a sleek, matte look for the next coming years.

The microlayers of both polymer and carbon give vehicles an authentic black appearance that car enthusiasts love. Ultimately, this tint guarantees car owners improved protection against damaging heat and UV rays but just like hybrid films, it comes at a more expensive cost.

Though this type of glass tint is relatively new, it’s considered to be the most expensive option the market offers. This is because it uses non-conductive and nonmetallic nano-ceramic particles that reflect and reduce solar heat as well as UV rays as it passes through the window.

The rising demand for automotive window tints resulted in the rise of tint kits and other pre-cut films. And while a large majority of drivers would say it’s the best way to go, experts would argue otherwise.

The way an auto window tint is installed determines its effectiveness. If it’s installed properly, it could last longer than expected. But if not, it can easily be damaged over time and could cost you more in terms of having it removed as well as replaced.

With this in mind, a lot of drivers remain that professional installation is worth the investment. Not only will it help you get more out of your money, but with the help of experts, you can make more informed decisions!